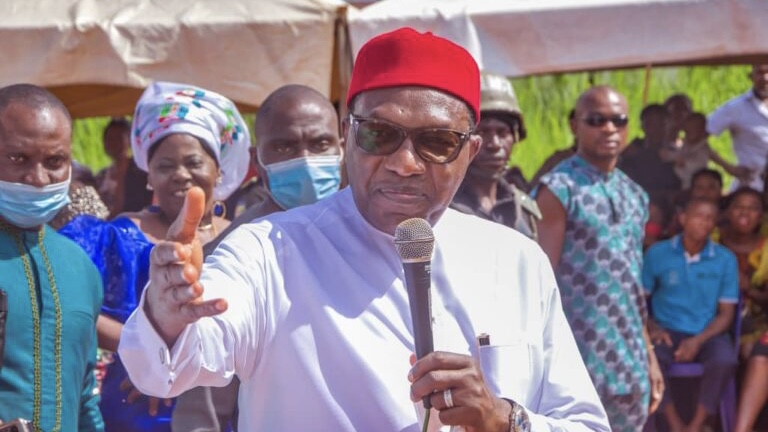 Andy Uba, the APC governorship candidate in the just-concluded Anambra governorship election has rejected the results of the election.

The decision was announced by the Andy Uba Campaign Organisation in a statement issued on Thursday in Abuja, by its spokesman Jerry Ugokwe.

He described the election as a charade, saying that the result did not reflect the wishes of the people of Anambra.

“Our popular candidate, Senator Andy Uba, is a victim of widespread electoral fraud and manipulation,” he said.

Mr Ugokwe alleged that the election was manipulated by INEC, in cohort with the Governor Willie Obiano-led administration and security forces deployed to oversee the exercise.

He further alleged that the election was characterised by widespread irregularities, intimidation and voter suppression to clear the path for the victory of the All Progressives Grand Alliance (APGA) candidate at the polls.

“For instance, in polling units where the Biometric Voters’ Accreditation System (BVAS) malfunctioned, INEC went ahead with the election manually.

“There were numerous cases where votes announced by INEC exceeded the number of accredited voters in polling units.

“It is inconceivable that our candidate, who polled over 200,000 votes in the APC primary election, would be allocated a slightly above 43,000 votes by INEC.

“It is surprising that APGA, which lost almost 80 per cent of its stalwarts through defection to APC before the election, came out victorious,” he said.

This, he said, was in addition to some APGA Board of Trustees members and several others who joined APC, ahead of the governorship election.

According to him, it is, therefore, ridiculous that APGA emerged victorious at the election despite the defection of its critical stakeholders to APC, ahead of the election.

Mr Ugokwe added that from all indications, the only people remaining in APGA at the time of the election were Governor Obiano and his household as well as a few staffers of the Government House and as Professor Chukwuma Soludo, the party’s candidate.

This, he said, was especially so because the majority of the electorate in the state had moved to APC.

“There was definitely no way the carcass of APGA could have defeated APC without the active collusion and manipulation by INEC and the Obiano-led administration.

“What happened on November 6 fell far below the acceptable standard of a free and fair election, and can best be described as electoral fraud,” Mr Ugokwe said.

He, however, appealed to APC supporters in the state to remain peaceful and calm.

Ugokwe assured that the organisation would not relent in pursuing what he called “their stolen electoral mandate” through all available constitutional means.

He further stated that the facts on ground did not, in any way, reflect the outcome of the elections, as announced by INEC.