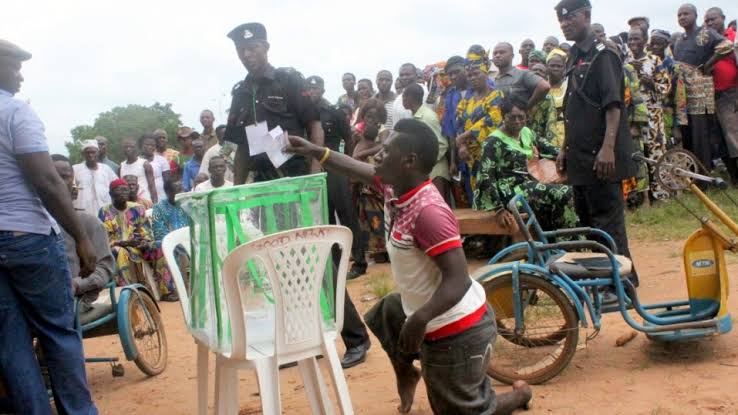 Persons with Disabilities (PWDs) in Anambra have expressed worry over their inability to participate actively in Saturday’s governorship poll in the state.

They blamed the situation on the failure by the Independent National Electoral Commission (INEC) to provide the conducive environment for them to freely exercise their franchise during the exercise.

Ms Jerry said INEC’s promise to make adequate provision to enable effective participation of PWDs during the electoral process did not materialise.

She regretted that about 54 per cent of the routes leading to sampled polling units were inaccessible to PWDs during the election.

According to her, many of the officials of INEC did not also comply and respect the rights of PWDs to participate in the political exercise.

“We observed that there were neither ramps nor handrails for use by PWDs, outside the sampled units at 54 per cent of voting locations.

“It was difficult for voters with disabilities to enter the polling units and vote.

“From the sampled polling units, voters with disabilities had challenges accessing ballot boxes, particularly for those who use wheelchairs.

“Also, there was non-deployment of braille ballot guide for the visually impaired,” Ms Jerry said.

The programme manager of the group, Moses Oluwasheyi, urged INEC to prioritise the training of regular and ad hoc staff to effectively administer accessible materials to voters with disabilities.

“He also urged INEC to ensure that voting cubicles were designed to enable voters with disabilities to cast their votes confidentially in future elections in the country.

He called on the Federal Government to fund INEC adequately to enable it to procure assistive materials and services for PWDs.

He said that such facilities should be in place before the 2022 Ekiti and Osun governorship polls and 2023 general elections.