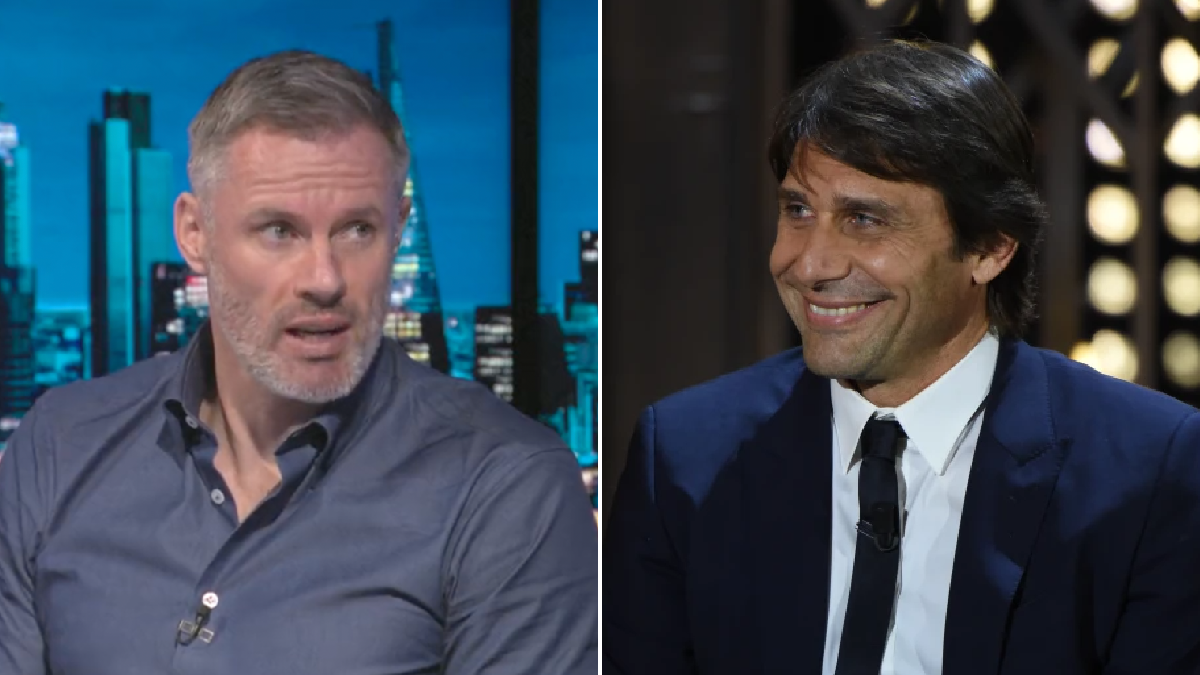 Jamie Carragher is confident Antonio Conte could make a ‘huge difference’ at Tottenham, but believes the Italian may require more than 18 months to take the club back to where they were under Mauricio Pochettino.

Nuno Espirito Santo was relieved of his duties this morning, with the north London outfit losing six of their last 12 matches in all competitions and languishing down in eighth place in the Premier League after their 3-0 defeat to Manchester United.

Widespread reports indicate that Conte is in advanced talks to take over the reins and could even be in the dugout this weekend when the Spurs take on Everton at Goodison Park.

The 52-year-old, who managed Tottenham’s fierce rivals Chelsea from 2016 to 2018, has been out of a job since stepping down as Inter Milan head coach in the summer.

Speaking on Sky Sports, Carragher suggested Nuno never seemed like a ‘perfect fit’ and felt the writing was on the wall for the Portuguese after a string of ‘poor performances’ in recent weeks.

‘It’s not normal and it doesn’t seem right that a manager would lose his job so early into a season,’ he said.

‘Ten games is nothing at all, but it’s something that we all saw coming.

‘I don’t think anybody thought at the time that Nuno got the Tottenham job that it was a perfect fit. I always thought it would be difficult for him to be there next season.

‘I didn’t envisage that it would happen so quickly, but there have been some really bad results along with poor performances and it was something that you expected sooner rather than later.’

Carragher feels Tottenham chairman Daniel Levy will have to be patient with Conte given the club’s current position.

‘From a selfish point of view, I’d love Conte back in the Premier League,’ he added.

‘I think he was a revelation first time around, he’s a brilliant character and personality. I’d love to see him back in the Premier League so I hope it does get done.

‘I think a manager is going to need more than 18 months to turn Tottenham around.

‘And even though I’m a huge admirer of Antonio Conte and how quickly he enjoyed success with Chelsea and every club he’s been at, I think it would be very difficult to replicate that success in 18 months.

‘I think he could need another 18 months on top of that to get Tottenham maybe back to where they were under Pochettino where you thought they had a chance of winning trophies, pushing people for the title, Champions League year in, year out.

‘I think there’s a lot of work to be done. Do I think Conte can turn it around in 18 months? I think it’ll be difficult even for a man of his character.’