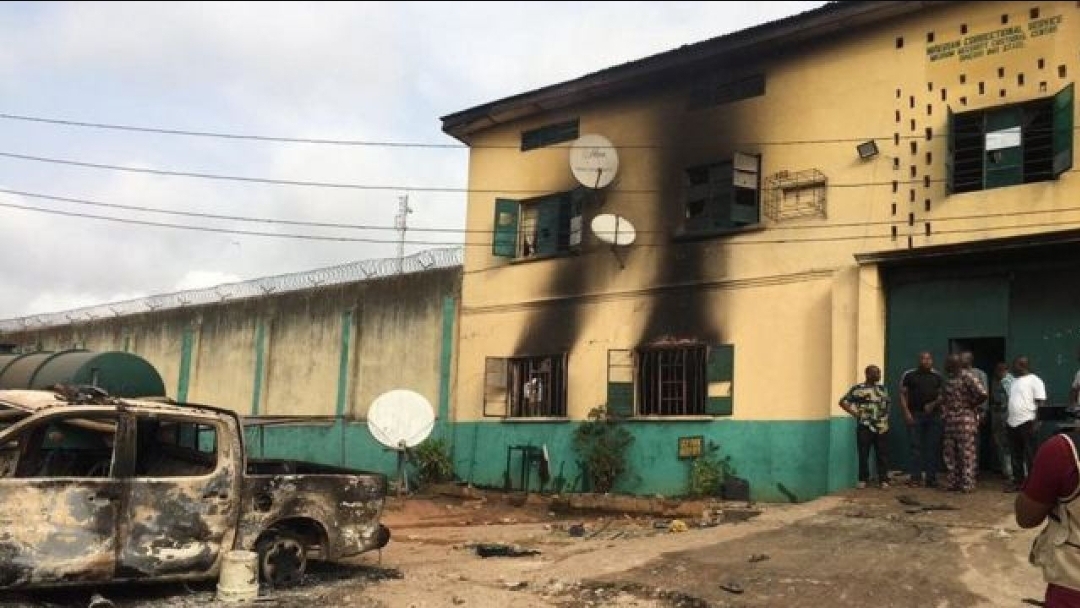 The Controller-General of the Nigerian Correctional Service (NCoS), Haliru Nababa, has ordered armed squads across the country to use maximum force to defend prisons against armed attackers.

“You are to show no mercy on armed invaders on our facilities because, by their action, they have declared themselves enemies of the state,” he stated.

Mr Nababa gave this order after a preliminary assessment of the security challenges facing the NCoS by the Controller-General’s Security and Intelligence Council.

This is contained in a statement by the NCoS spokesman Francis Enobore on Tuesday in Abuja.

The prisons boss’ order followed the attack on the Oyo Custodial Centre, allowing inmates to escape on October 22.

Mr Nababa condemned incessant attacks on prisons and the illegal release of hardened criminals, stating that rising jailbreaks can worsen the nation’s insecurity level and its floundering economy.

Mr Nababa expressed confidence in the quality of the retraining programme being embarked upon by the service in partnership with the military.

“This collaboration will enhance the resilience and capacity of the personnel to deploy high-grade weapons when the need arises,” he added.

He used the opportunity to commend the officers attached to Kagara Medium Security Custodial Centre, Niger, for repelling bandits who attacked the facility, promising a handsome reward for their gallantry.

The prisons chief called for support from the public in intelligence gathering that will enable security operatives to nip any attacks on prisons in the bud, observing that it cost far less to prevent than resisting attacks.

“Security thrives on timely and actionable intelligence, and crimes of this magnitude certainly take time to plan. The attackers live among us, congregate, share information, procure logistics and embark on suspicious movements and activities,” he explained. “If intelligence reports are timely made available to security operatives, then the situation can be controlled with less damage.”

Mr Nababa commiserated with heads of security agencies and relatives of gallant officers who paid the supreme prize in the line of duty.

He assured them of his readiness to spare no resource in securing all custodial facilities in the country.