Bomb disposal expert killed when WW2 mine explodes in his flat 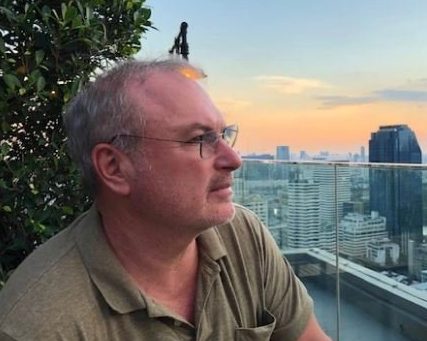 A British bomb disposal expert helping clear mines in the Solomon Islands was killed when one exploded in his room.

Stephen Atkinson, 57, died along with his Australian colleague Trent Lee when the device he was handling went off on September 20 last year.

The father-of-one suffered damage to his ribs, throat and upper body in the explosion, and later died in hospital in the capital Honiara.

Mr Atkinson, also known as Luke, was mapping mines across the islands, where Japan and Allied forces fought during the Second World War.

The Solomon Islands, east of Papua New Guinea, was a key battleground in the South Pacific due to its proximity to Australia.

As a result, the islands are littered with thousands of ageing explosives that still pose a danger to people more than 70 years later.

Giving evidence at the inquest, Mr Atkinson’s friend Ian Hird said: ‘He put the safety of others first and took his responsibility very seriously.’

Mr Atkinson worked for the United Nations as well as being a programme manager for the non-governmental organisation (NGO) Norwegian People’s Aid.

Coroner Alan Crazegave recorded a verdict of death by misadventure.

He said: ‘There is a son that is going to have to live with this. I think that in many ways we can call this an accident.

‘I shall record a conclusion of misadventure.’