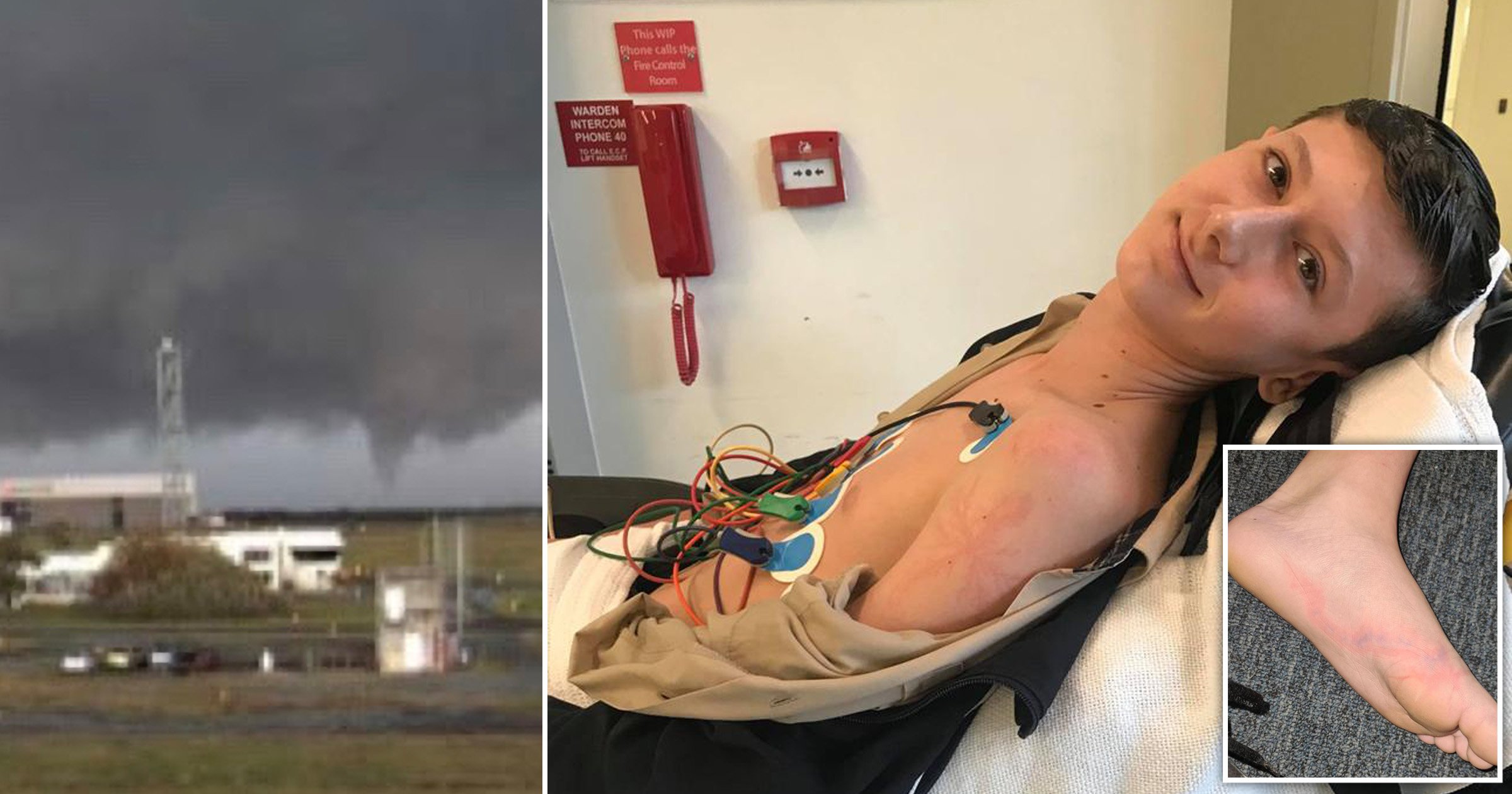 A teenager who was struck by lightning in Australia apparently survived because the rubber soles in his school shoes absorbed most of the current.

Talyn Rose, 14, was walking to school last Friday when a lightning bolt bounced off a metal pole, shot through his body and travelled out of his arm again.

The boy was thrown to the ground and all of his muscles tensed up and went numb.

After the shock, Talyn could not feel or hear anything for an entire minute, he later told his mum Michelle Nimmo.

Luckily, a dad who was sitting in his car saw what happened to Talyn and took him inside Robina State High School, in Queensland, and his mum was called.

‘It was absolutely bucketing down rain and I could barely hear them or believe what they were saying,’ Michelle told local news outlet 7NEWS.

By the time paramedics got the school, Talyn had already started to recover. But they took him to hospital anyway because they had ‘never seen anything like this’ and wanted to get Talyn’s vitals checked.

Talyn has already almost fully recovered, besides some temporary marks on his feet and shoulders called Lichtenberg figures.

These are scar patterns left on the skin of someone who has been struck by lightning, likely tracing the path the voltage took.

They can be caused by blood vessels bursting as a result of the bolt’s electric discharge and heat. These took three days to heal for Talyn.

People who live in Australia have about one chance out of 1.6 million of being struck by lightning, according to Australian Geographic.

But lightning strike probability statistics vary drastically, with people in the UK living with a chance of one in 300,000, according to The Improbability Principle, or one in 10 million, according to the British Medical Journal.