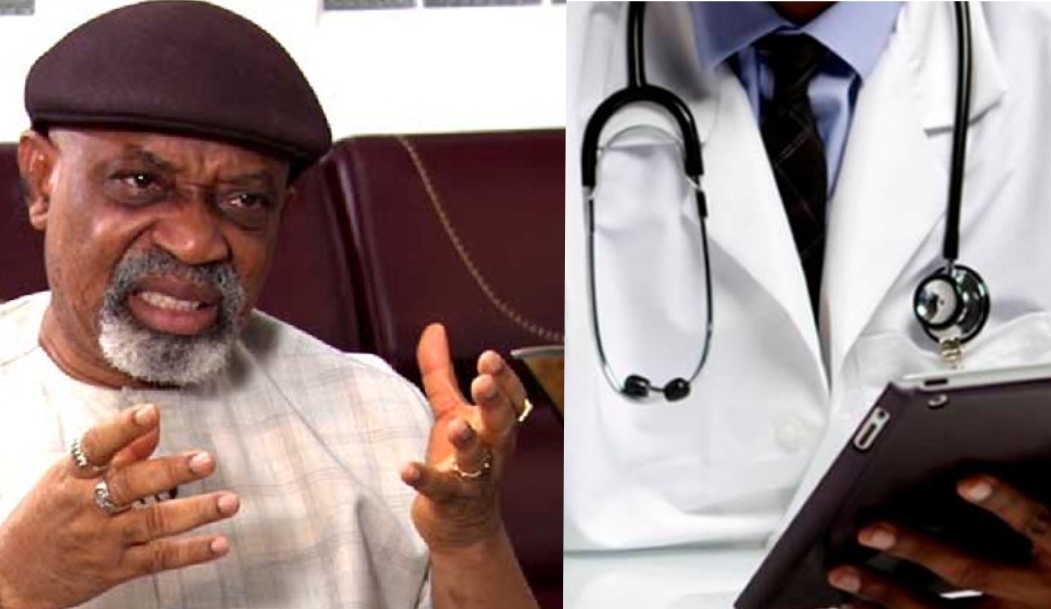 To address the challenge of brain drain in the health services sector, Nigeria-trained medical doctors and other health workers must be bonded to a nine-year post training service to the nation.

This proposal was advanced by Labour Minister Chris Ngige while lamenting how healthcare providers “just carry their bags and walk out of their country at will when they were trained at no cost.”

Mr Ngige while defending his Ministry’s 2022 budget before the House of Representatives, decried how the government utilizes its resources to train medical practitioners who soon relocate abroad for jobs.

“Medical education in Nigeria is almost free. Where else in the world is it free? The Presidential Committee on Health should come with a proposal for bonding doctors, nurses, medical laboratory scientists, and other health workers so that they don’t just carry their bags and walk out of their country at will when they were trained at no cost,” he stated.

He thus emphasized the need to placed medical practitioners on government bond so that they cannot play their trade outside the country until they have fulfilled a stipulated year of service in-country.

“We can make provisions for loans and you pay back. If the government will train you for free, we should bond you. You serve the country for nine years before you go anywhere,” Mr Ngige said.

Nigeria in recent years has seen a flux of its medical doctors emigrating from the country to practice elsewhere due to poor conditions of service.

Recent statistics released by the General Medical Council had indicated that the United Kingdom employed about 353 Nigerian doctors between June 10, 2021, and September 20, 2021. Despite the COVID-19 pandemic, about 862 Nigerian-trained doctors were licensed in the country between July 24, 2020, and September 21, 2021.

Meanwhile, Mr Ngige himself had once dismissed the brain drain in the health sector, boasting that the country has enough doctors to cater for the population.

Medical practitioners have on different occasions gone on strike since the president assumed office in 2015, over lack of medical equipment, unpaid salaries and harsh work environments.