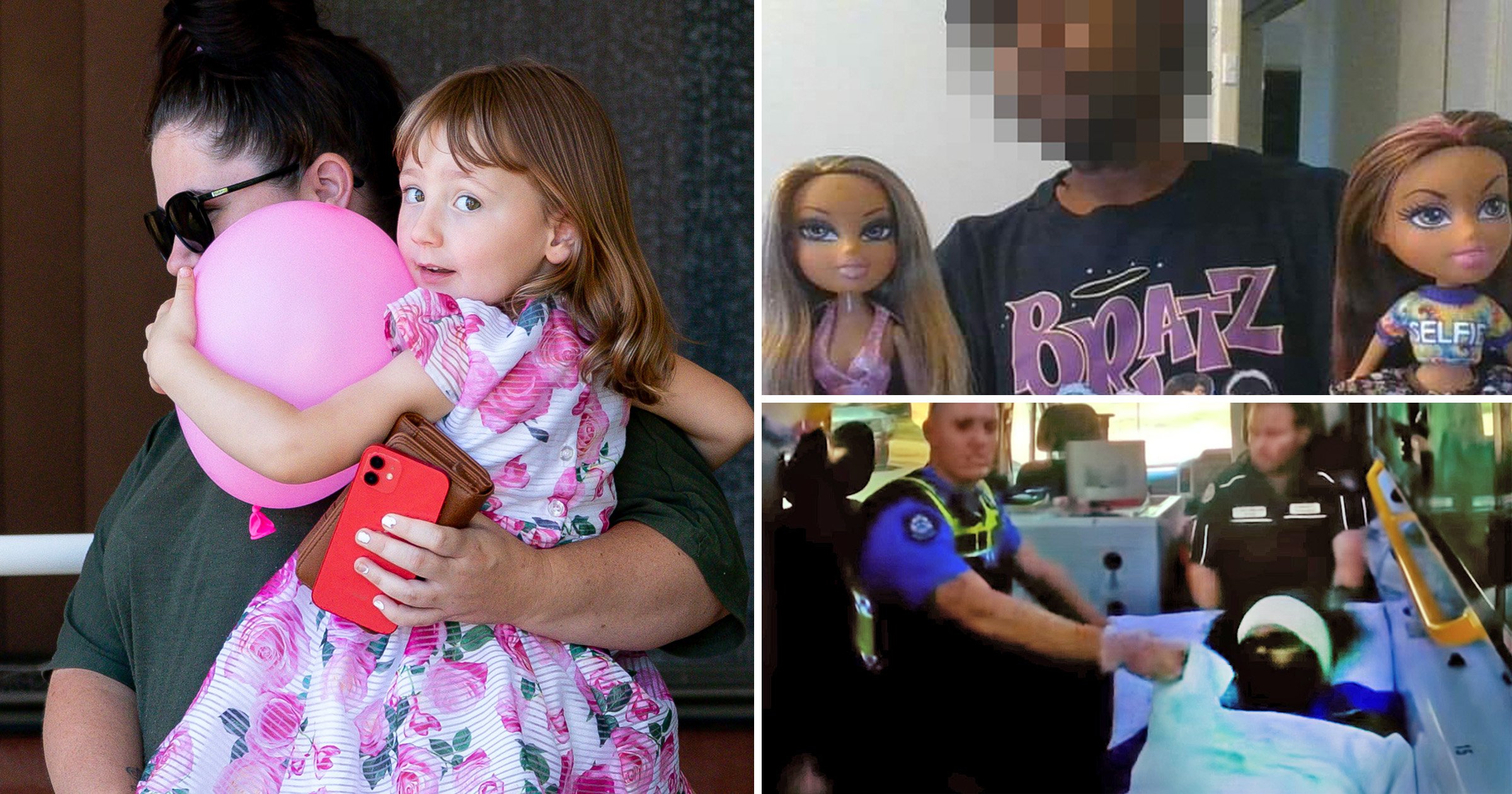 A 36-year-old man has been charged with kidnapping Cleo Smith, almost 48 hours she was found locked up in a house by police.

Terry Kelly was charged with offenses including forcibly taking a child under 16, after a ‘tip off’ from the public led to his arrest just midnight on Wednesday.

It is alleged the man from Carnarvon, western Australia, snatched four-year-old Cleo from her family tent in the remote Blowholes campsite on October 16.

The girl was sleeping on an air mattress next to her younger sister’s cot in a separate room of the tent when she was taken.

It sparked a manhunt lasting weeks, which came to a close when a child’s cries were heard by neighbors from a run-down house in the town of Carnarvon.

Police raided the home the next day and say they found Cleo locked in a room playing with toys.

Investigators have released audio footage of the moment the missing child was rescued from the house.

The smiling girl told officers ‘My name is Cleo’ as they asked for confirmation they had found the right girl.

Yesterday detectives police visited the girl’s family at home in Carnarvon as they prepare to gather eyewitness evidence against the suspect.

Detective Senior Sergeant Cameron Blaine said: ‘I can only see her on the outside, but from that point of view, I’m amazed that she seems to be so well-adjusted and happy, and it was really… heartwarming to see that she’s still bubbly and she’s laughing.

‘I’m sure that it has had an impact, but just to see her behaving quite naturally like a four-year-old girl should do and just enjoying being in the presence of her little sister and her family was good.’

The officer was part of a four-member police team that used a battering ram to smash into a locked house early on Wednesday and rescue Cleo.

The lights were on and she was alone playing with toys in a house less than a 10-minute drive from her own, police said.

The suspect was arrested in a nearby street around the same time, after being dragged out of a car and put in cuffs, police said.

He said: ‘The main concern around that is Cleo’s welfare. We have experienced people that will undertake that and it’ll take as long as it takes. We’ll sit down with the family and work out the appropriate time.

Kelly was taken from police detention to a hospital late on Wednesday and again on Thursday, with what media reported were self-inflicted injuries.

When asked about reports of the man being  injured after banging his head against a cell wall, Western Australia Police Deputy Commissioner Col Blanch only replied that there were ‘no serious injuries’.

A police statement said the suspect’s ‘medical matter does not relate to any police involvement with him’.

Mr Wilde said the suspect had since returned to the police station and was ‘speaking to officers’.

Wednesday was the first full night Cleo spent at home with her mother Ellie Smith, stepdfather Jake Gliddon and her baby half-sister Isla Gliddon since the family’s ordeal began.

As they slept, public buildings in Perth were illuminated with blue lights to celebrate the success of the police investigation.

In Carnarvon, balloons were raised on buildings and signs were posted welcoming Cleo home.