Cop a load of the five biggest climate breakthroughs from Glasgow 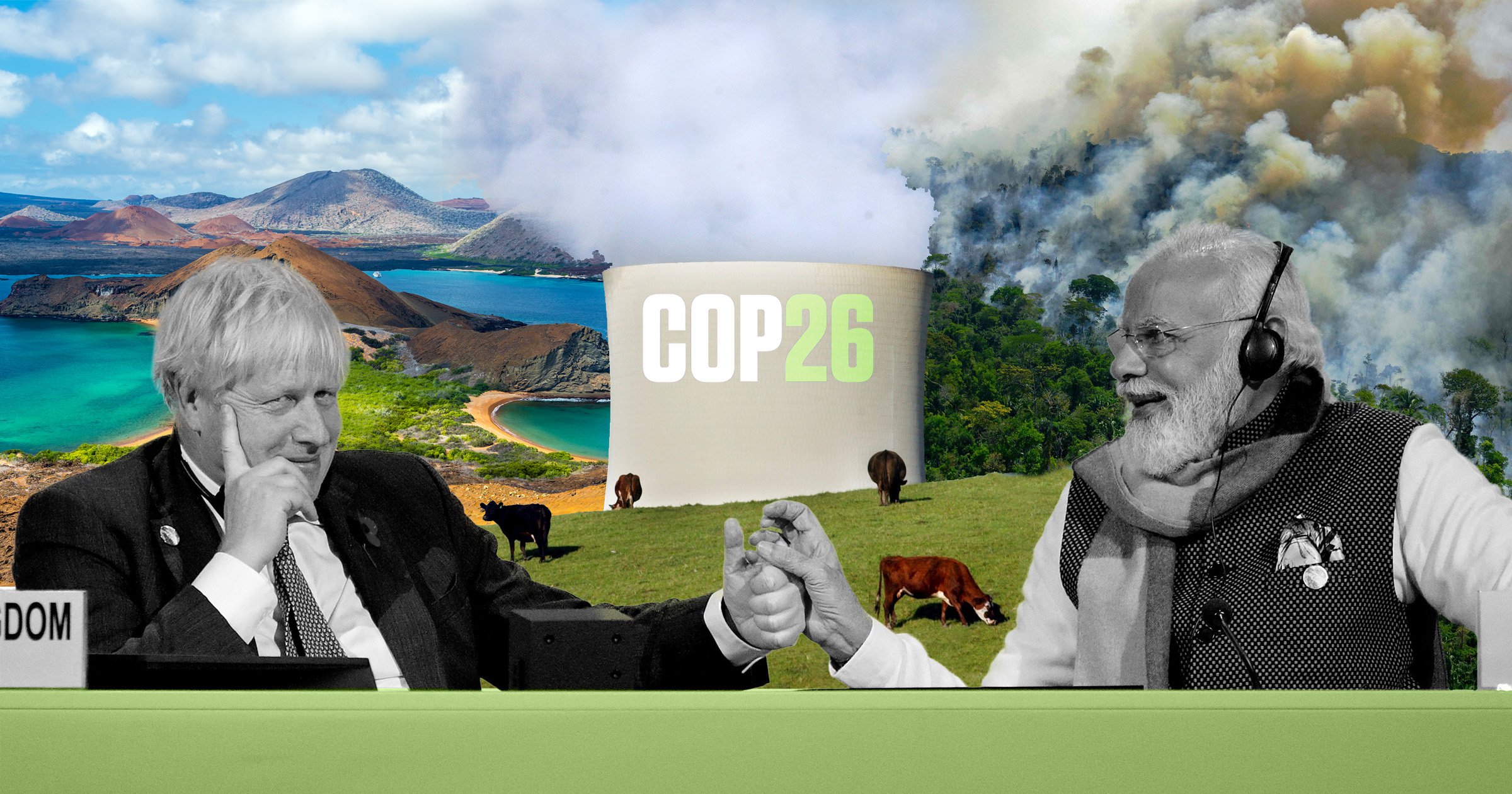 World leaders, companies and officials have been busy making various climate pledges at the Cop26 climate summit in Glasgow.

But amid all the noise, what have been the key promises so far – and will they really make a difference?

Here, Metro.co.uk takes you through five of the most prominent so far – from helping wildlife, to commitments ridiculed for not coming into force for 50 years, via clean technology, deforestation and burping cows.

Not just hot air on methane

Nearly 100 countries have signed a pledge to cut emissions of the potent greenhouse gas methane by 30% by 2030.

The global methane pledge, led by the US and EU, is expected to make a significant short-term contribution to climate action, with half of the world’s top 30 methane emitters joining up.

Reducing the powerful but relatively short-lived gas could not only stem temperature rises but also improve health, cut crop losses and reduce pollution.

US President Joe Biden said methane accounts for around half of the warming experienced today.

Experts and campaigners widely welcomed the move, but a significant proportion of methane emissions come from farming and some are concerned that the pledge does little on this front.

Greenpeace UK’s head of food and forests, Anna Jones, pointed out that the Amazon is being destroyed to produce meat and said: ‘A methane pledge that doesn’t include reducing emissions from industrial meat at source is not only a missed opportunity, but could even incentivise more forest, nature and health-wrecking factory farming for biogas production from manure.

Yet others were more optimistic, with Imperial College London Emeritus Professor Joanna Haigh explaining: ‘Cutting methane emissions has a relatively swift impact and today’s pledge… would reduce the temperature rise by about one third of a degree C by 2045.

‘This offers an important and significant contribution to restricting global warming.’

On Tuesday, countries covering 85% of the world’s forests committed to halting and reversing deforestation and land degradation by 2030.

Environmentalists hailed the move but there are fears that – like previous commitments on deforestation – putting the pledge into practice will be difficult and may be ignored by some.

The plans are backed by £8.75 billion of public funding with a further £5.3 billion in private investment.

Campaigners and experts welcomed the commitment and the recognition of the role it gave to indigenous people in protecting forests – which are being depleted at an alarming rate around the world – notably in the Amazon Rainforest.

Boris Johnson said the move was a chance to end ‘the great chainsaw massacre’ but scientists cautioned that monitoring of the delivery was essential.

The land covered by the agreement spans more than 13 million square miles, including the northern forests of Canada and Russia to the tropical rainforests of Brazil, Colombia, Indonesia and the Democratic Republic of the Congo.

Professor Yadvinder Malhi from Oxford University’s Environmental Change Institute, told Metro.co.uk: ‘This is a significant moment, like a “Paris moment” for forests.

‘This matters not only for climate change but also for the biodiversity crisis.

‘Just as with the net-zero ambition, the real work begins in how to realistically deliver and implement these ambitions at the speed required and to deliver them in ways that have equity and justice and local rights woven through the fabric.’

Meanwhile, as part of the pledge, Amazon founder Jeff Bezos – fresh from an environmentally questionable trip to space – announced £1.47 billion to help restore land in Africa.

Net zero, but not for 50 years

One of the world’s biggest emitters was ridiculed for a promise to get to net zero as late as 2070.

India’s Prime minister Narendra Modi’s pledge came alongside plans to dramatically increase its non-fossil energy capacity by 2030; to get half of its energy from renewable resources by the same date and pledge that the country will reduce its projected carbon emissions by a billion tonnes before the end of the decade.

But the pledge to only get to net zero 20 years after scientists say the world must reach it to limit global warming to 1.5C provoked ridicule – yet that does not tell the full story.

The pledges were unexpected and Cop officials said the 2030 targets were significant and could mean it hits the net-zero goal before its planned date.

Lord Stern, chairman of the Grantham Research Institute on Climate Change and the Environment at the London School of Economics (LSE), said: ‘This demonstrates real leadership, based on a track record of action and ambitious targets, that can deliver on both economic development and climate change, from a country whose emissions per capita are about one-third of the global average.’

Helping wildlife in the Galapagos

Ecuador will expand the marine protection area around the Galapagos Islands by almost a third.

The islands, home to an abundance of wildlife, have long been seen as a sanctuary for biodiversity, natural eco-systems and unique species.

President Guillermo Lasso has also announced the establishment of a protected marine corridor from the Islands to Costa Rica, which had previously been used by shark finning fleets.

The Galapagos Conservancy said that it was ‘thrilled’ with the announcement which aims to offer additional protection for animals that live there – notably giant tortoise, iguanas and whale shark – and hopefully help increase population sizes.

The archipelago is where English naturalist Charles Darwin’s developed his theory of evolution.

Developed nations have announced a number of schemes to help fund schemes in poorer countries to help the environment.

The UK will spend £3 billion funding green technology schemes abroad over the next five years, Boris Johnson announced on Monday.

And Japan made a $10 billion (£7.3 billion) commitment on funding over five years, to go towards decarbonisation across Asia.

Yet developing countries have repeatedly said that they are yet to see the benefits from a long-promised commitment to give them $100 billion, calling into question future pledges.

Germany’s state secretary for the environment said on Wednesday that a spate of last-minute promises made it possible that the $100 billion target could be reached in 2022.

‘We saw even yesterday from Japan a very substantive announcement… So if we are lucky we can reach $100 billion in 2022 but definitely in 2023’, he said.