Earth is on course to heat up by 2.4°C wiping out millions of people 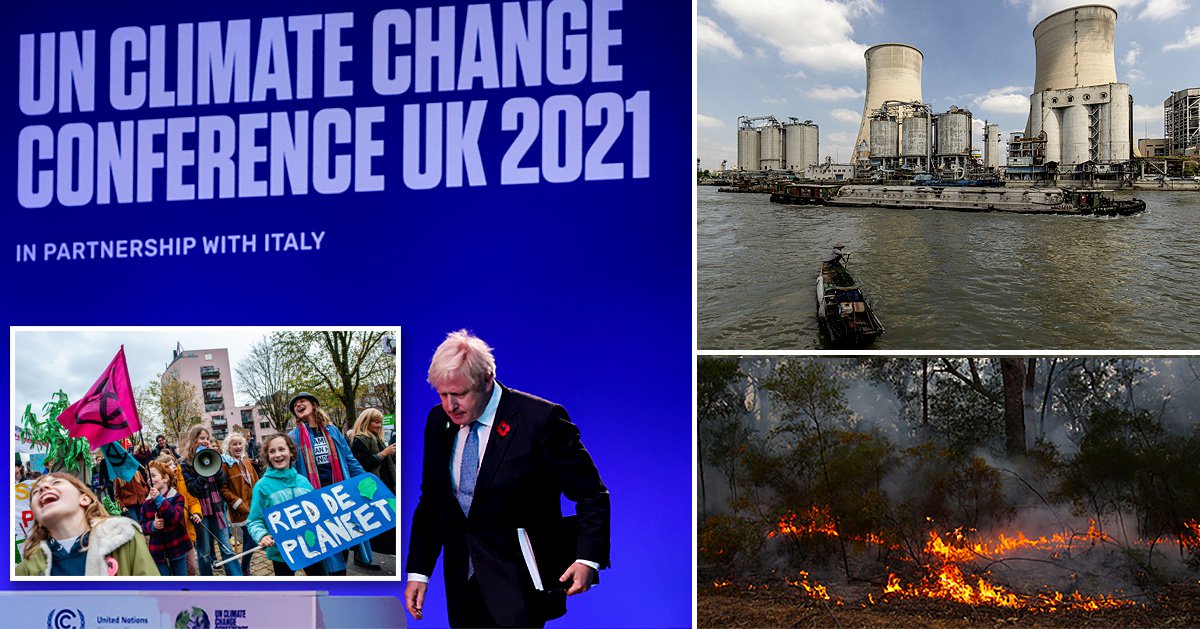 The world is on course to be 2.4C hotter by the end of the century, according to a catastrophic new projection which would herald more droughts, fires, famines and extreme weather.

The annual update from the Climate Action Tracker, which inputs the latest promises from countries amid the Cop26 conference, says that if all long-term net zero pledges are met, temperature rises may yet be curbed to 1.8C.

But experts are sceptical about countries meeting their pledges – warning of a ‘massive credibility gap’ between promises and the action that is actually being taken.

Based on moves expected in the next decade, the tracker believes the world is on course to be 0.9C hotter than the 1.5C target set out at the landmark Paris Agreements – which means a death sentence for many low-lying countries and eco-systems across the globe.

Scientists have long warned that warming beyond 2C put millions at risk from a variety of climate threats.

The Met Office warned yesterday that heating over that threshold would put a billion people in danger of lethal heat stroke – a 15-fold increase.

The grim forecast comes as a first draft of a pact that could be agreed at Cop26 urged countries to strengthen their emissions-cutting plans for the 2020s in the next year.

It includes a call for countries ‘to accelerate the phasing-out of coal and subsidies for fossil fuels’ – something not mentioned in previous documents of its kind.

The draft ‘cover decision’, published on Wednesday morning, also urges them to set out long-term strategies by the end of next year to reach net zero emissions by around 2050, to have any hope of keeping warming to 1.5C.

Experts say the quality of many pledges are questionable since countries do not have short term plans to put them on track to deliver them.

And actual action based on current climate change policies put the world on track for 2.7C of warming – casting a ‘long and dark shadow of doubt over the net zero goals’.

The analysis also warns that emissions-cutting action pledged up to the end of this decade will leave global greenhouse gases at around twice as high as what is needed to hit the 1.5C limit.

Countries were required to submit new more ambitious 2030 targets in the run-up to Glasgow to get the world on track to limit dangerous warming.

But the analysis says the latest targets are still totally inadequate – reducing the gap between what is needed and what is planned to cut emissions in 2030 by only 15-17% – and says all nations must do more.

Warming could be curbed to 2.1C under an optimistic scenario which includes long term goals from some countries that are binding or submitted to the UN process, mainly the US 2050 net zero goal and China’s 2060 carbon neutrality target.

Though it may sound like minor differences, each fraction of a degree in average global temperature rises will make an enormous difference to communities across the world.

The current ‘appalling outlook’ is being driven by continuing use of coal – despite warnings the fossil fuel must be phased out in more advanced economies by 2030 and globally by 2040 – alongside gas, which has seen use increase since the Paris Agreement.

The Glasgow talks have seen a slew of announcements on sectors such as cutting methane and halting deforestation, which the analysis says supports important action, but must go beyond existing national targets to have an impact.

Bill Hare, chief executive of Climate Analytics, one of the partners in the analysis, said: ‘It’s all very well for leaders to claim they have a net zero target, but if they have no plans as to how to get there, and their 2030 targets are as low as so many of them are, then frankly, these net zero targets are just lip service to real climate action.


‘Glasgow has a serious credibility gap.’

Professor Niklas Hohne, of NewClimate Institute, a Climate Action Tracker partner, added: ‘If the massive 2030 gap cannot be narrowed in Glasgow, governments must agree to come back next year, by Cop27, with new and stronger targets.’

Greenpeace international executive director Jennifer Morgan described the report as ‘devastating’ and, alongside Labour’s shadow business secretary Ed Miliband, called for countries at Cop to arrange more talks before the next official summit.

Meanwhile, former British Prime Minister Gordon Brown has compared trying to secure $100 billion (£73.7 billion) in yearly climate finance for developing countries – seen as a key pillar of climate action – to ‘a charity fundraiser or a begging bowl going around the table’.

Stressing that meeting the 1.5C limit requires action in ‘this critical decade’, the draft document calls for developed countries to at least double their collective provision of climate finance to help developing countries adapt to the climate crisis.

Get in touch with our news team by emailing us at [email protected].

For more stories like this, check our news page.

During COP26 and beyond, we will be sharing stories, ideas, and advice about one common theme: The climate crisis.

At a time when the weight of environmental issues feels very heavy and overwhelming, our aim is to deliver content that will not only inform and educate but also offer hope and inspiration.

Here are some of our #Just1Change highlights so far:

Get your need-to-know
latest news, feel-good stories, analysis and more