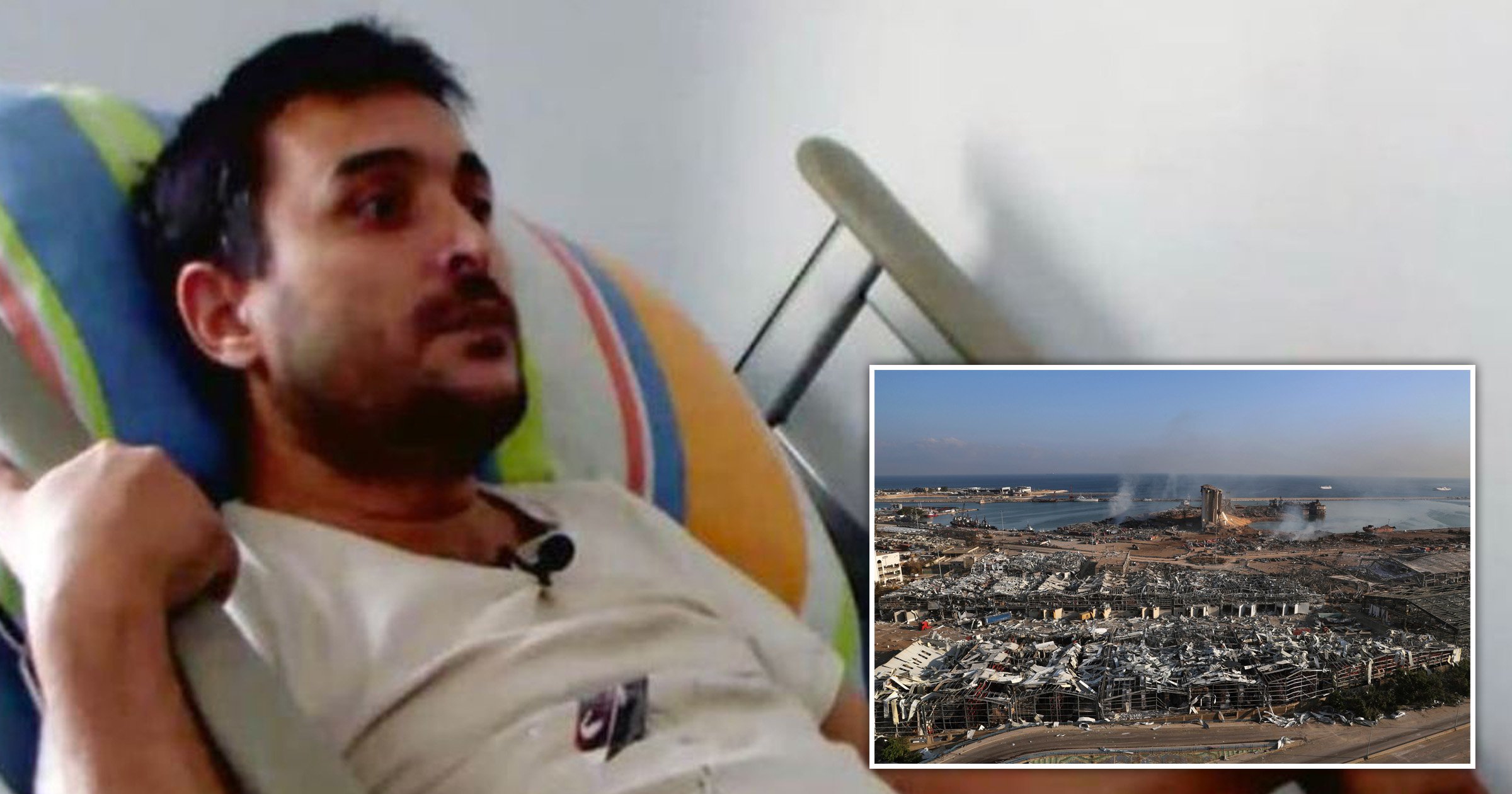 A Lebanese man who was critically injured in the huge explosion Beirut explosion last year has died nearly 15 months after the blast.

Abbas Mazloum, 45, was working in a restaurant near the port when the huge Beirut explosion happened and he was thrown into a wall by the blast.

He suffered severe injuries to his spine and a head wound that needed 45 stitches. The father of five, who has been pictured by local media, was left paralysed and bed-ridden.

Last month, he underwent a back operation, but he got sick and developed a fever.

His cousin Noura Mazloum has now confirmed the illness led to his death on Wednesday in his hometown of Brital in eastern Lebanon.

‘His immunity had become so weak since the explosion,’ Ms Mazloum said.

Mr Mazloum’s death brings the number of people killed in the explosion to at least 216.

Around 6,000 people were also injured, many of them from broken glass, flying objects and debris.

The blast on August 4 was caused by hundreds of tonnes of ammonium nitrate – a highly explosive material used in fertilisers – igniting after a massive fire at the port.

It later emerged the nitrate had been improperly stored in a port warehouse for years, and that senior political and security officials knew of its existence and did nothing about it.

More than a year later, no one has been held to account for the explosion.

The lead judge investigating the blast had to suspend his work three times following legal challenges and a growing campaign by Lebanon’s political class.

Judge Tarek Bitar is the second judge to lead the complicated probe. His predecessor was removed following similar legal challenges by senior officials he had accused of negligence.

Lebanon’s former prime minister, Hassan Diab, filed a lawsuit on Wednesday saying Mr Bitar does not have the jurisdiction to prosecute him.

It came a day before the former prime minister, who was charged, was supposed to be questioned by the judge.

A protest against Mr Bitar, organised by the militant Hezbollah group, led to the worst clashes in the capital for years earlier this month, leaving seven people dead and dozens wounded.