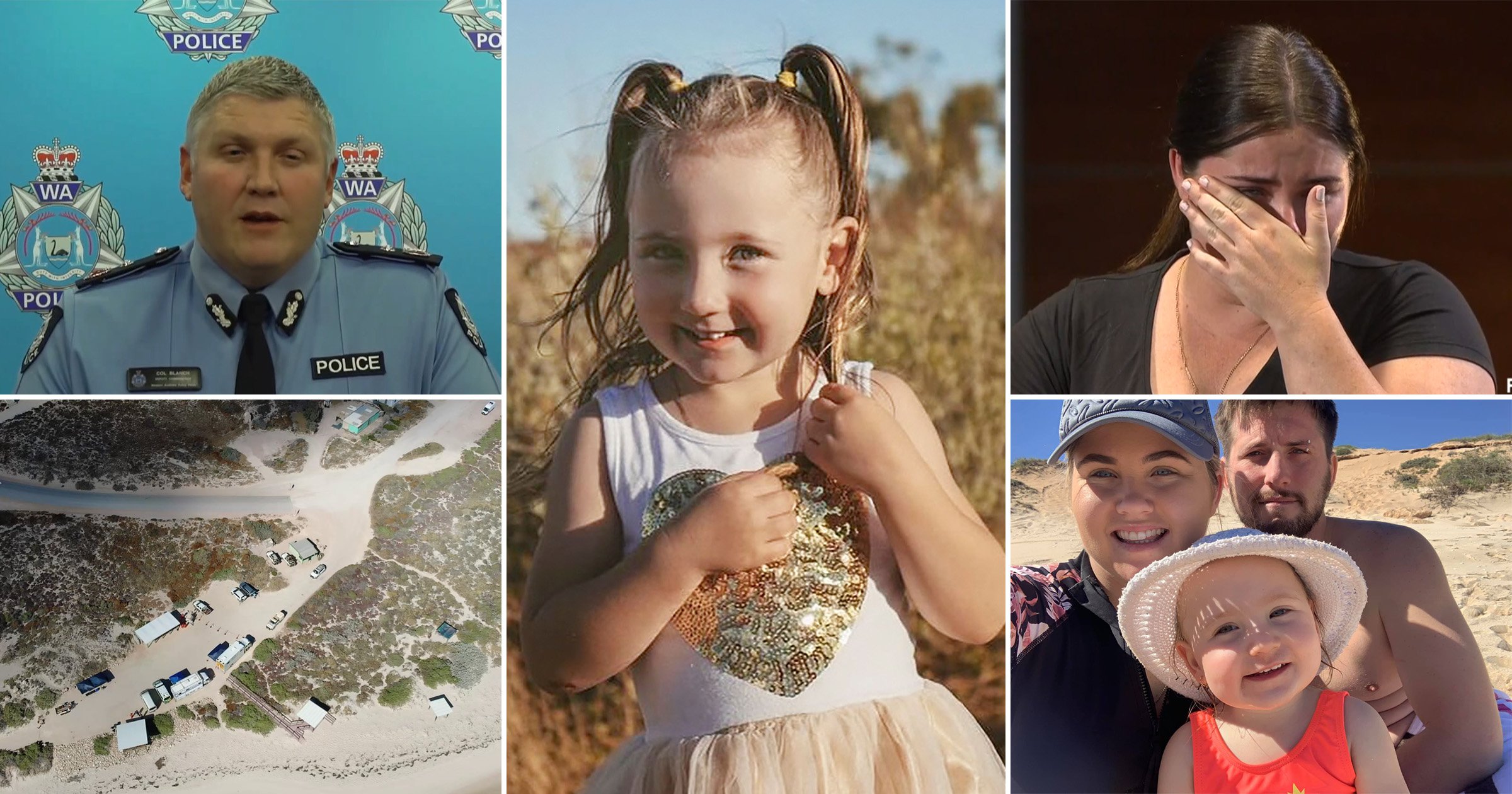 A missing four-year-old girl has been found safe more than two weeks after she went missing from a campsite in Australia.

Police broke into a locked house and found Cleo Smith in one of the rooms.

She has now been reunited with her relieved family, while a man is in police custody.

The case generated huge media attention, with some comparing it to that of Madeleine McCann who disappeared from holiday accommodation in Portugal in 2007.

Police officer Col Blanch said: ‘It’s my privilege to announce that in the early hours of this morning, the Western Australia police force rescued Cleo Smith.

‘Cleo is alive and well.

‘One of the officers picked her up into his arms and asked her, “What’s your name?”

She had last been seen in her family’s tent at the remote Blowholes Shacks campsite, roughly 560 miles north of Perth, at around 1.30am on Saturday October 16.

But she had vanished by the time her parents woke up at 6.30am.

As part of the investigation, officers collected more than 50 cubic meters of rubbish from roadside bins.

The rubbish, which amounted to hundreds of bags, was packed into two trucks then analyzed by forensics officers and police in an effort to find any items that might have assisted in the investigation.

Police had issued appeals saying she was last seen sleeping in a red and black sleeping bag and wearing a pink/purple one-piece sleep-suit with a blue and yellow pattern.

Her sleeping bag was also missing from the tent.

‘Cleo Smith has been found and is home safe and sound. Our prayers answered.

‘Thank you to the many police officers involved in finding Cleo and supporting her family.’

Western Australia Police added that this was ‘the outcome we all hoped and prayed for’.

Mr Blanch said: ‘We’ll have more to say on the rescue of Cleo as the day unfolds.