Huge whale dies after getting stranded in English Channel 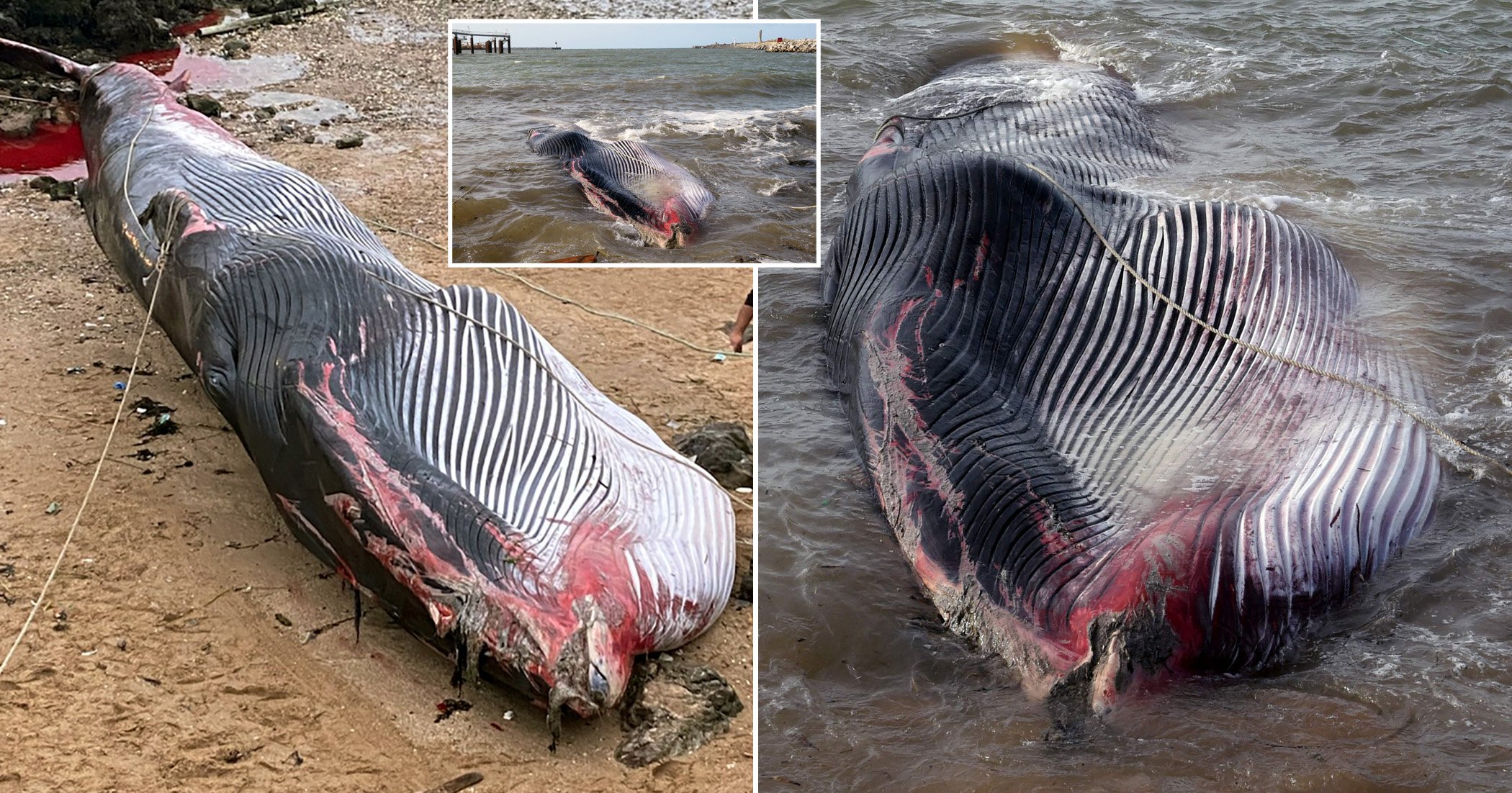 A huge fin whale has died after becoming stranded in the English Channel.

The 19-metre long cetacean is thought to have become stuck on rocks in the Port of Calais and been unable to free itself yesterday.

Jacky Karpouzopoulos, president of the Mammalogical Coordination of Northern France (CMNF), said the whale is thought to be female and around 30 years old.

He said the whale is likely to have been unwell, which could explain the rare beaching in the area.

‘She returned to the port of Calais still alive, she went too close to the rocks and she ran aground,’ he told French media.

The whale will be removed tomorrow afternoon, and its body will be autopsied to try and find out information about why it died.

Its body will later be cut up and cremated.

Fin whales are the second largest mammal in the world, smaller only than the blue whale.

Although it is relatively rare for a whale like this to end up stranded in the area, it has happened before.

In 2015, 10 whales were found stranded on Calais beaches, including seven in a single incident who are believed to have been part of the same pilot whale pod.

Only three survived to go back out to sea, despite fire crews spraying them with water to try and help them.