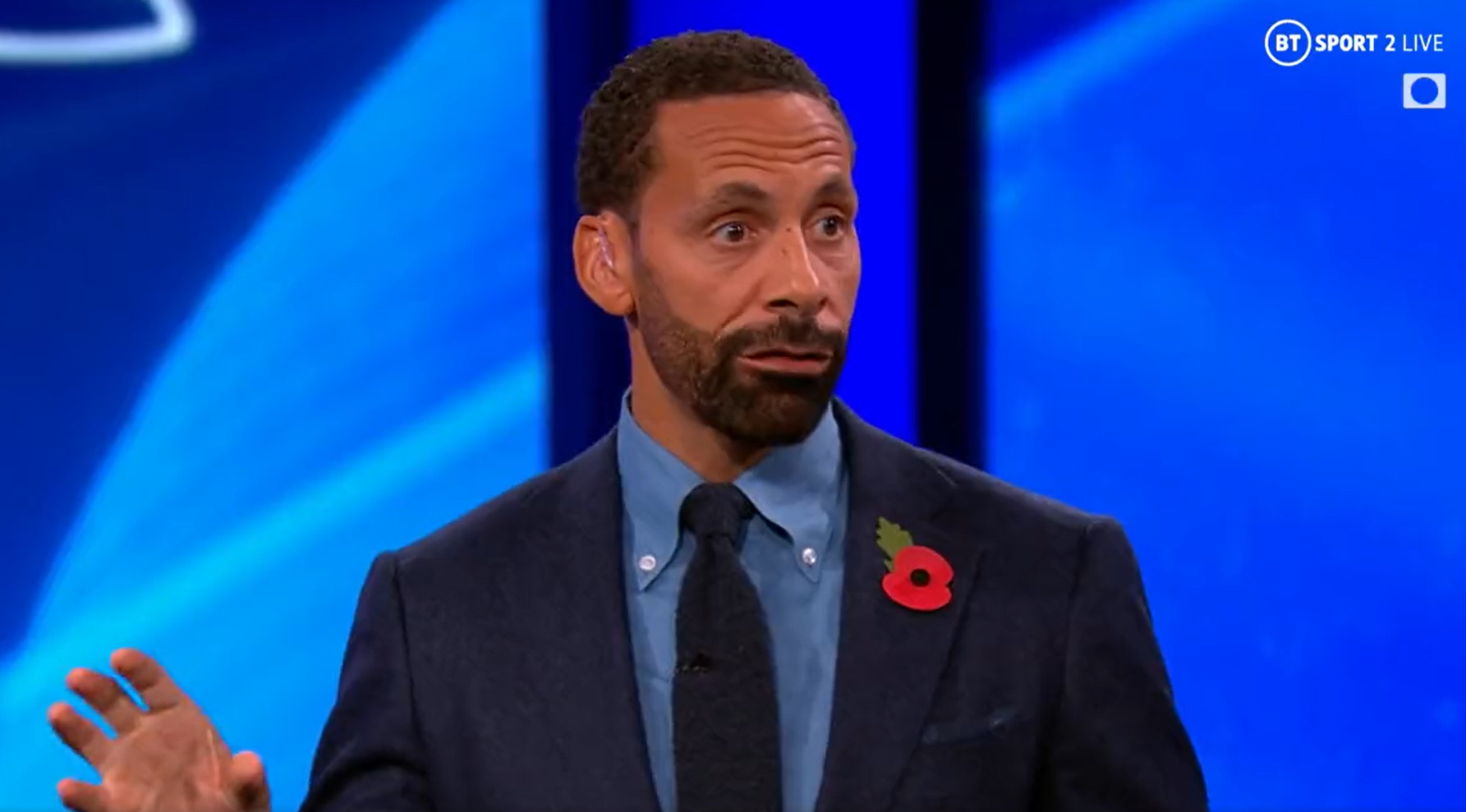 Loftus-Cheek was handed his first Champions League start in six years on Tuesday night as Chelsea traveled to Sweden to face Malmo.

The England international impressed as Chelsea won 1-0 thanks to Hakim Ziyech’s second-half goal, with the European champions moving a step closer to the Champions League knockout stages.

Before the game, Man Utd and England legend Ferdinand hailed Loftus-Cheek, describing him as a ‘fantastic talent’ and likening him to former Man City midfielder Yaya Toure.

Ivory Coast hero Toure established himself as one of Manchester City’s best-ever players during his eight-year spell at the Etihad, helping the club win three Premier League titles and the FA Cup.

‘I love him,’ BT Sport pundit Ferdinand said of Loftus-Cheek. ‘I’ve always known about him from friends at Chelsea.

‘He’s a fantastic specimen, first and foremost. I liken him, in full flow, to someone like Yaya Toure.

‘He can intimidate players. When he turns and goes full pelt, it’s unplayable at times. As a center back that’s one of your biggest fears.

‘He’s a fantastic talent. He’s as comfortable in the wide areas of a front three as he is in front of the defense. You don’t get that with many players. The strings he has to his bow are beautiful.’

‘At times it has been a bit labored but he comes in with that drive and power that Jorginho and Kovacic don’t necessarily have.

‘He’s playing with confidence and it’s good to see him back and challenging for the midfield positions.’

Chelsea boss Thomas Tuchel also praised Loftus-Cheek ahead of the Malmo clash and said the ball is ‘very safe’ with the 25-year-old.

‘He is a bit like the type of [Mateo] Kovacic. He likes to drive the ball. The ball is very safe with him,’ Tuchel said.

‘He is using his physical ability more and more. We took the decision to build up his energy at home so he becomes more robust.

‘I didn’t know he had not played from the start in the Champions League for a long time but hopefully it’s a good thing!’