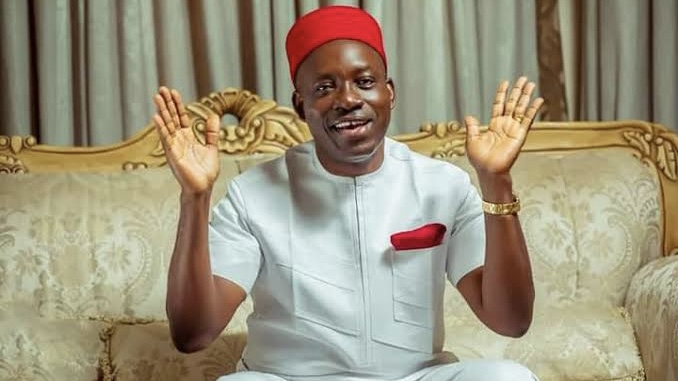 Mr Soludo, a former governor of the Central Bank of Nigeria and candidate of the All Progressives Grand Alliance (APGA) has had his victory dance put on hold after INEC declared the election held on Saturday inconclusive.This was to allow for elections in Ihiala Local Government Area which couldn’t hold on Saturday due to security and logistic reasons.

The election was eventually held on Tuesday.

In the now concluded election, returning officer, Professor Florence Obi announced minutes ago that Mr Soludo polled a total of 112,229 votes to defeat his closest rival, Valentine Ozigbo of the Peoples Democratic Party (PDP) who scored 53, 807 to emerge second. Senator Andy Uba of the All Progressives Congress (APC) candidate got a total of 43,285 votes to emerge the third position.Ms Obi said that Soludo won in 19 out of the 21 Local Government Areas of the State.

The PDP candidate won in Ogbaru with 3,445 votes, APGA scored second while APC came third in the same council.

Senator Ifeanyi Uba of the Young Progressive Party (YPP) won in his home Local Government, Nnewi North in spite of coming a distant fourth in the overall score card with 21,261 votes.

“Prof. Chukwuma Soludo having scored the highest number of valid votes was declared winner of the election,” Ms Obi declared as she returned Mr Soludo in the early hours of Wednesday.

Mr Soludo was born on July 28, 1960 and hails from Isuofia, Aguata Local Government Area of Anambra State. He succeeds Willie Obiano as the governor of the state, having defeated 17 candidates of various political parties.

His victory on the APGA platform shows Anambra people still continue to revere and associate with iconic leader Odimegwu Ojukwu.

But unlike his predecessor Willie Obiano who benefitted from former governor Peter Obi’s prudence, Anambra’s coffers have been greatly depleted. Mr Soludo will have an ebbing pocket to contend with as well as the mutating IPOB threat.