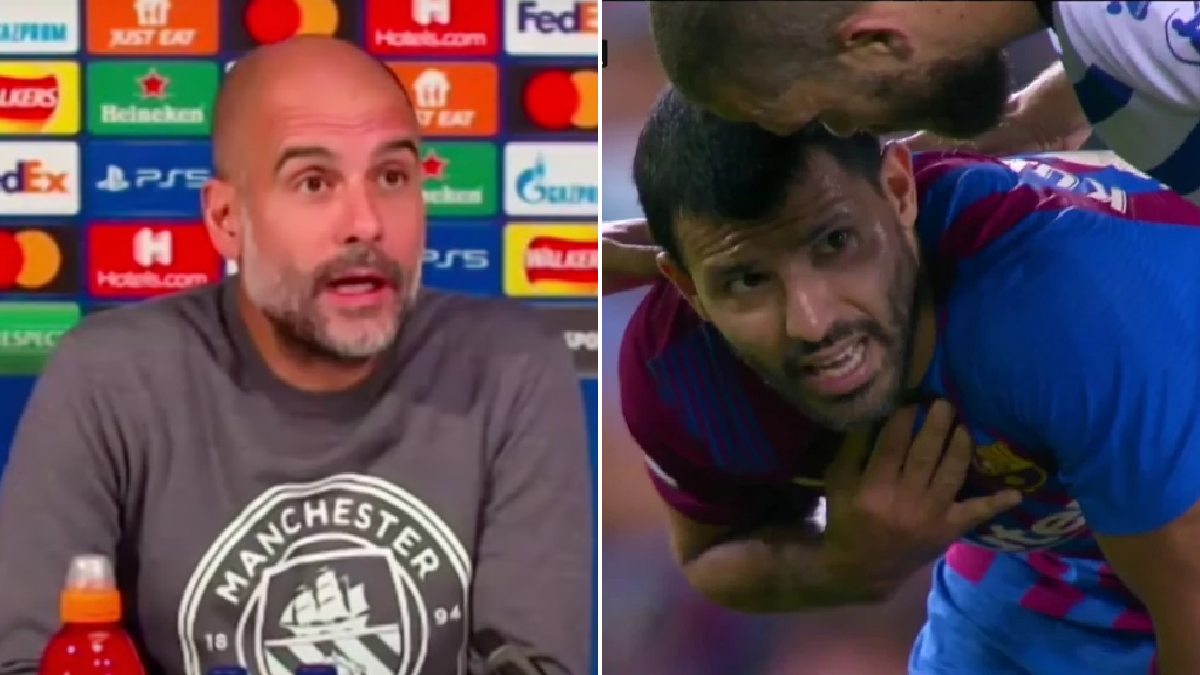 Manchester City head coach Pep Guardiola has wished Sergio Aguero a ‘safe recovery’ after the striker suffered a heart scare during Barcelona’s La Liga clash with Alaves at the weekend.

Aguero, 33, City’s all-time record goalscorer, joined Barca on a free transfer in the summer and was making just his sixth appearance for the club when he began experiencing chest pains.

The Argentina international was subsequently replaced by Philippe Coutinho and taken to hospital where he underwent a series of cardiological tests to determine the problem.

In an official statement yesterday evening, Barcelona confirmed Aguero would be unavailable for at least three months while the veteran forward receives further treatment.

‘The first team player Sergio Aguero has been subjected to a diagnostic and therapeutic process by Dr. Josep Brugada,’ it read.

‘He is unavailable for selection and during the next three months the effectiveness of treatment will be evaluated in order to determine his recovery process.

‘The Argentine was taken to hospital for cardiological evaluation on Saturday following the Barca v Alaves game in which the Barça striker felt unwell in the first half and was replaced before half time by Philippe Coutinho.’

Guardiola has not been able to speak directly with Aguero since the incident, but has been in contact with the Argentine’s agent, Hernan Reguera.

Addressing the media at a press conference this afternoon, the City manager urged the attacker to put his health first and take as much time out as he needs to ensure he makes a full recovery.

‘I spoke with his agent. Difficult news for him and his family,’ Guardiola told reporters ahead of City’s Champions League clash with Club Brugge.

‘We wish him a safe recovery, doesn’t matter the time. Health is most important than anything else.

‘He’s in good hands, he will take care of himself. I wish him the best recovery and he can come back to play again, otherwise he enjoy his life and enjoy what he has done.

‘I don’t know what he has, he has to be careful and safe for the rest of his life.’