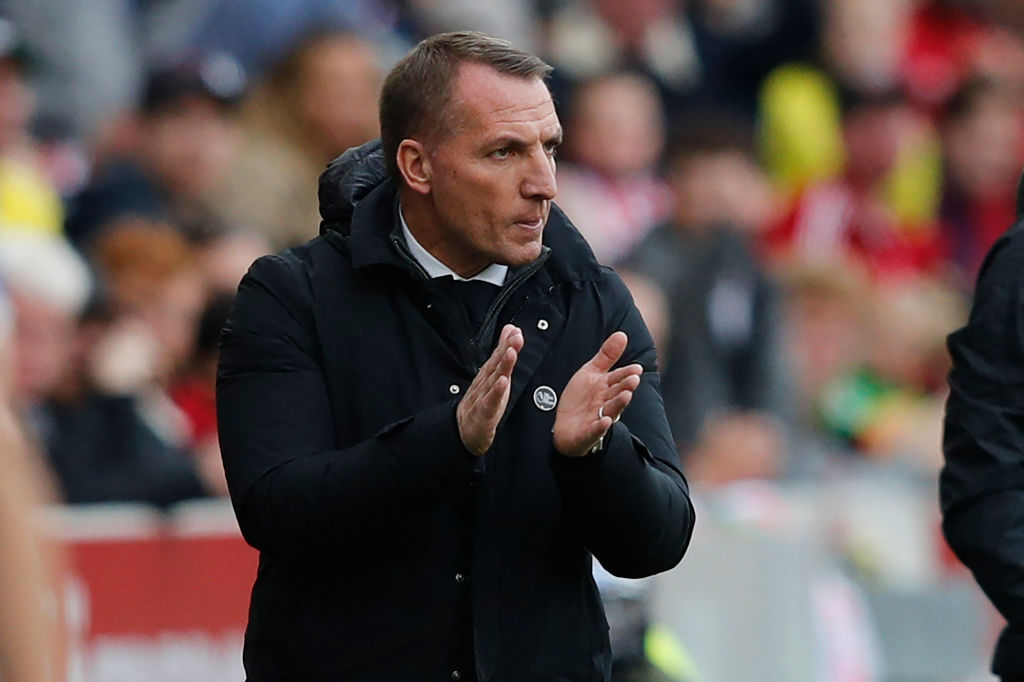 Manchester United are keen on Brendan Rodgers as a possible replacement for Ole Gunnar Solskjaer, with senior figures at the club having reservations over Antonio Conte, according to reports.

The pressure is piling on Solskjaer in the wake of United’s embarrassing 5-0 defeat at the hands of bitter rivals Liverpool last weekend, which has left them in seventh place in the Premier League table after nine games.

The Norwegian is, however, expected to be given the opportunity to make amends and will be in the dugout for Saturday’s crunch meeting with Tottenham in the Premier League.

Although Solskjaer’s job is safe for now, United are looking at alternative options in case the 48-year-old can’t turn the team’s fortunes around.

A whole host of managers have been linked with the post, including Leicester boss Rodgers, former Inter Milan manager Conte and Paris Saint-Germain’s Mauricio Pochettino.

But according to ESPN, Rodgers is ahead of Conte in the race, with senior figures at United impressed by the Northern Irish manager’s work with FA Cup holders Leicester, as well as Celtic and Liverpool.

The club are keen on sticking to their values of playing progressive football and promoting players from the academy, which could lead them down the route of appointing a Premier League head coach.

Meanwhile, the report states that there are higher powers at Old Trafford who have concerns over Conte given his demanding character and the big budget he would be likely to demand for signings.

The Italian guided Inter to their first Scudetto since 2010 last season, but left his role by mutual consent in the summer after reported disagreements over transfer policy.

Former Tottenham boss Pochettino, meanwhile, is high on the list of candidates as a potential replacement for Solskjaer, but isn’t considered a likely appointment at this stage.