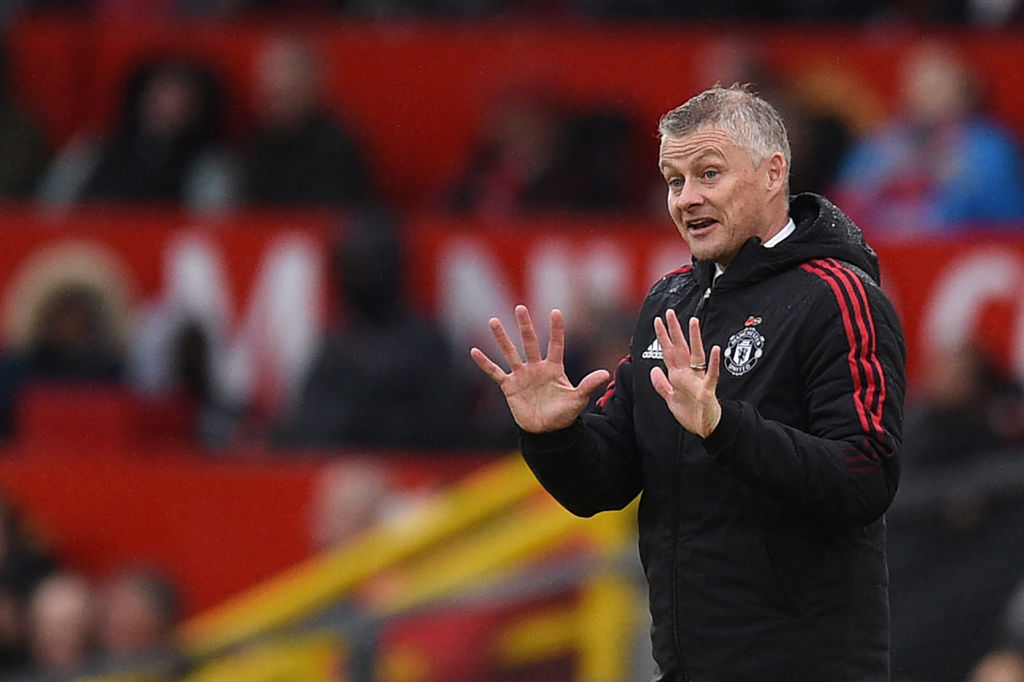 Manchester United stars were reportedly shocked to be given a week off by Ole Gunnar Solskjaer in the wake of their 2-0 loss to bitter rivals Manchester City.

Those squad members not away on international duty – including the likes of Aaron Wan-Bissaka, Mason Greenwood and Donny van de Beek – were expecting to be put through their paces at Carrington, with the Red Devils suffering six defeats in their last 12 games in all competitions.

But Solskjaer was pictured boarding a flight from Manchester to Norway on Monday and it has since emerged that players and staff have been given a break away from training.

According to The Daily Mail, the decision came as a big ‘surprise’ given the intense pressure on Solskjaer and the ongoing crisis at the club, with Brendan Rodgers, Erik ten Hag and Ralf Rangnick linked as possible managerial replacements in recent days.

However, the report claims Solskjaer’s position is safe for the time being, with the 48-year-old set to be in the dugout for United’s trip to Watford after the international break.

Solskjaer has repeatedly batted off questions regarding his future and it’s clear he expects to lead the side at Vicarage Road a week on Saturday.

Asked whether he was beginning to feel he was on borrowed time following United’s recent derby defeat, he told Sky Sports: ‘No, I don’t start to feel like that.

‘I have good communication all the time with the club that’s very up-front and honest about the situation.’

Rio Ferdinand has been reluctant to criticise his former United team-mate and remained loyal to the Norwegian throughout the club’s struggles.

But the legendary ex-United and England defender appears to have changed his stance regarding Solskjaer’s future this week, suggesting the time may have come for ‘the baton to be handed over’ to another manager.

On his Rio Ferdinand Presents FIVE YouTube channel, Ferdinand said: ‘We started this season with such hope, but also the transfer window we had, the excitement, we were all sitting there going, “You know what? This is our time now!”

‘I sit here now and I don’t think we can challenge to win this league. I look at our team every week and I’m wondering what we’re going to do tactically, I don’t see any philosophy or identity in the United way of playing, whatever that should be from the management and I sit here confused looking at the team.

‘When you look at it like that with the transfer window we had… we were all sitting here excited thinking, “Wow! This is where we’re meant to be!”

‘But Ole was brought in with the remit to get us back to a point, a moment where you think he’s brought some foundation back. At the end of the season we were thinking: “Yes, that’s it!”

‘I was always deep down a bit sceptical. Could he take us on to be champions? I wasn’t fully convinced, I hoped he would be able to do that. But what I’ve seen this season I just feel it might be the time now for the baton to be handed over to somebody else who can take us on now.

‘I think Ole can leave with his head held high because from where he came in to where he left us at the beginning of this season it’s positive.’