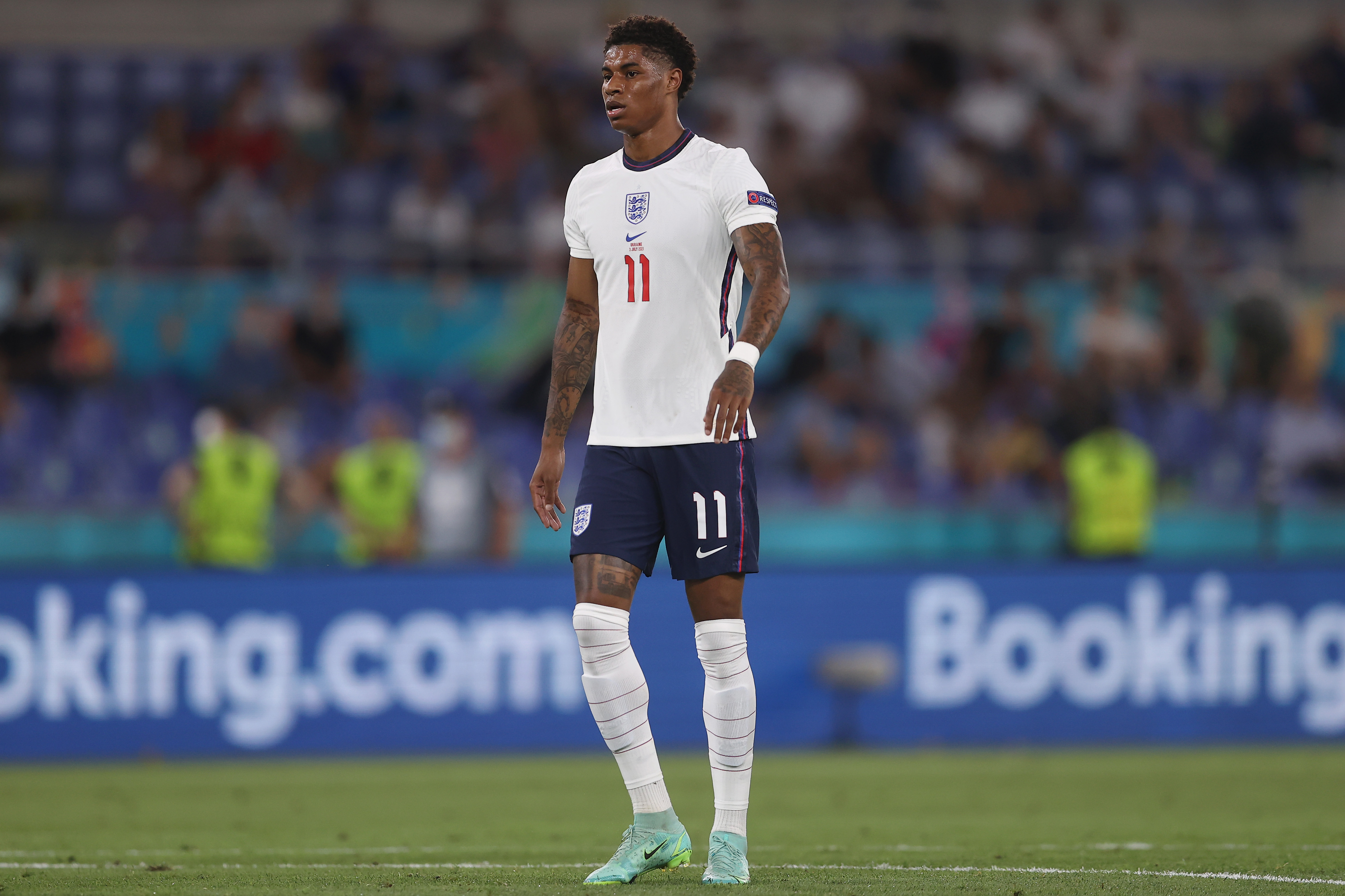 Rashford only recently returned from three months out following shoulder surgery, but has since been struggling with an illness and has decided to withdraw from Gareth Southgate’s 25-man party to concentrate on making a full recovery.

United and England were in agreement that it would be beneficial for Rashford to continue working on his fitness at Carrington rather than be risked in the Three Lions’ upcoming qualifiers.

Southgate’s men sit three points clear of second-placed Poland at the top of Group I and require just four points from the two games to secure their spot at Qatar 2022.

According to The Telegraph, Rashford first started feeling unwell while on board United’s flight back from Italy following their 2-2 draw with Atalanta.

The attacker, who managed 70 minutes of the Champions League clash, was subsequently named among Ole Gunnar Solskjaer’s substitutes as the Red Devils suffered a 2-0 defeat to Manchester City at the weekend.

Rashford came on for Mason Greenwood in the 67th minute of the derby, but was still feeling the effects of his illness at Old Trafford and missed a team bonding meal with the rest of United’s squad on Thursday.

Rashford played a bit-part role for England at Euro 2020 in the summer and is still yet to complete a full 90-minute appearance for his club after undergoing shoulder surgery.

It remains to be seen whether England will call up a replacement for Rashford ahead of their double-header, with Southgate already boasting an embarrassment of riches in attack.

The likes Raheem Sterling, Harry Kane, Jack Grealish, Bukayo Saka, Phil Foden and Tammy Abraham will all be desperate for minutes against Albania at Wembley on Friday night