A video has emerged showing the moment relatives of a rape victim confronted the rapists at a hotel owned by the father of one of the rapists.

25-year-old Don-Chima George (whose father owns the hotel where the rape allegedly took place) and Razaq Oke aka Ricco, 28, are accused of drugging a 23-year-old woman at a club and carrying her slightly unconscious to De Lankaster Hotel in Lekki Phase one where they both had sex with her without her consent and filmed the act.

When the woman gained consciousness, she allegedly asked them what they had done to her but they denied touching her. She then called her brother and he came to the hotel with policemen. 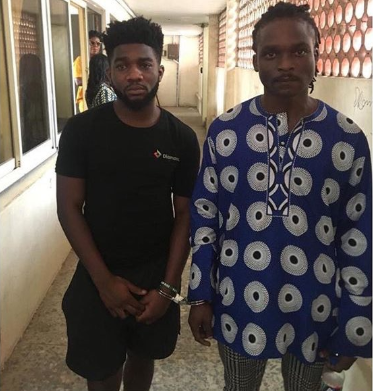 The rape suspects were searched and in their phones, a video of them having sex with the unconscious woman was allegedly found.

A woman has now released a video showing the moment the brother of the victim arrested his sister’s rapists. 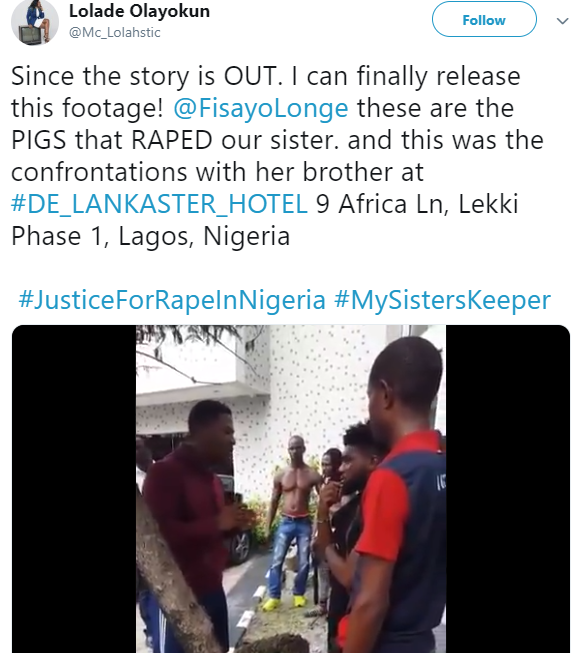 The young men are reportedly still in police custody, though, yesterday, a friend of one of the rapists tweeted, rejoicing that they’ve been released and are back home.

Polio eradication campaign gets $2.6 bn boost
Madness, police commissioner boasted that he has a score to settle with Shina Peller - Akin Alabi
NGF, FG to lift 24m Nigerians out of poverty by 2030
Woman recounts hilarious but awkward conversation she had with her boyfriend's mother
READ:  COZA rape case: Busola vows to drag Fatoyinbo to Appeal Court

Man machetes his mother to death, then proceeds to grind her head into powder until she becomes unrecognizable in Imo

View all posts by Grace Owusu →