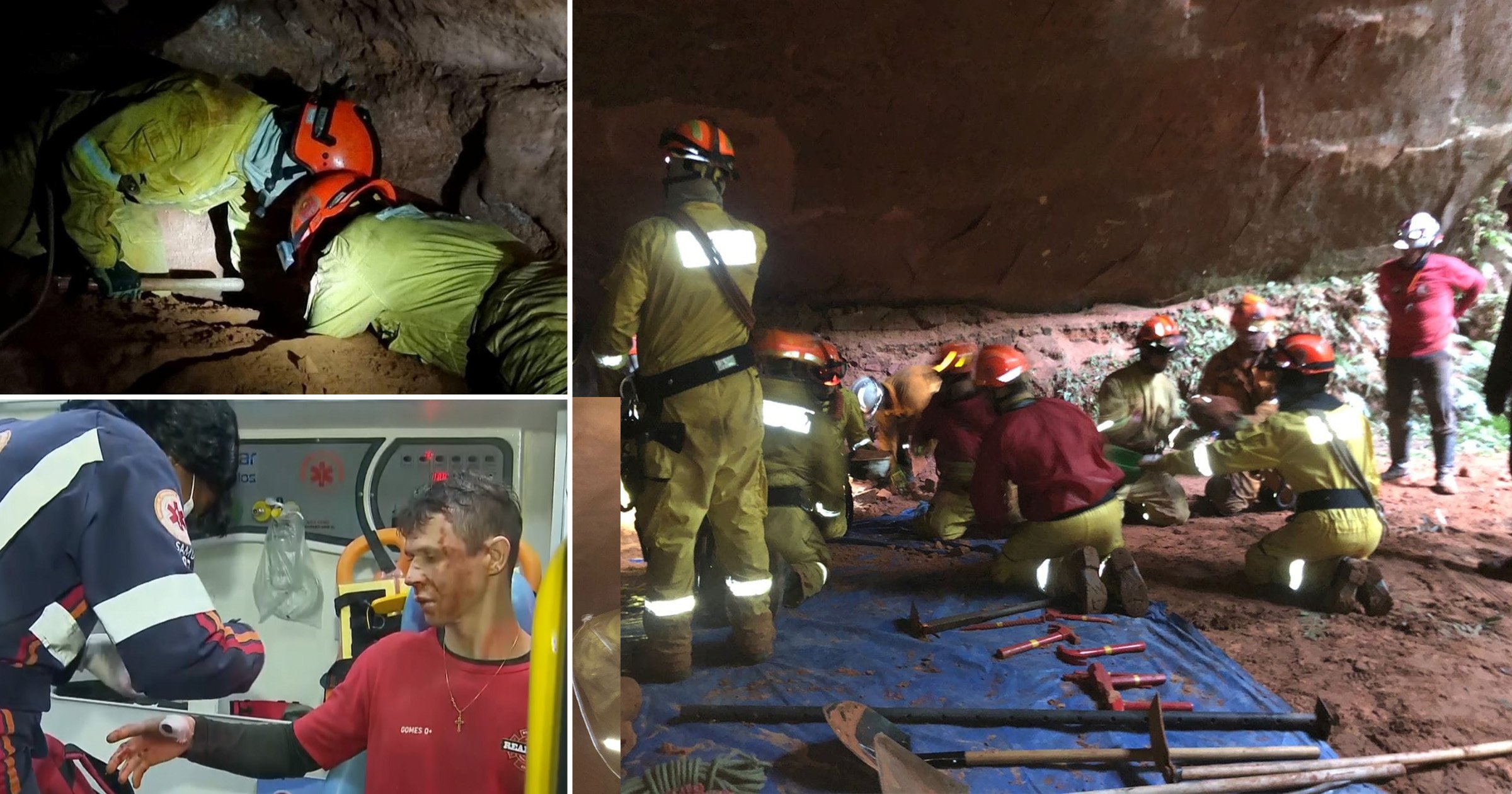 Nine firefighters were killed and at least one was injured as a cave collapsed in a training exercise that went wrong.

The accident happened on Sunday as the rescue team, made out of 26 people, were practicing drills in the Duas Bocas cave, in Brazil, the Sao Paulo fire department said on Twitter.

A statement read: ‘There were nine dead and one person rescued. There are no more victims at the site.’

Earlier, officials had said there were three dead and six missing. However, the identities of the victims were not disclosed.

At least 10 people were burried when the roof of the cave collapsed on them.

The person rescued alive suffered multiple fractures and hypothermia and was rushed to hospital for treatment.

The latest reports say that another six people suffered minor injuries when the cave collapsed, but they did not get trapped.

Cristina Trifoni, the mother of one of the instructors participating in the training event, told GloboNews: ‘I am desperate. What happened is that the entrance to the place they were in collapsed.’

She added that the team had planned to spend the night in the cave.

In a statement, the Ministry of Public Security added that work to rescue the victims began at dawn on Sunday, with around 75 firefighters deployed to the scene throughout the day to free those trapped.

However, access to the remote site was difficult and threats of new collapses complicated the rescue attempts.

Sao Paulo State’s Military Police released photographs of firefighters working on the rescue mission while they were pounded by heavy rain.

The cave which collapsed is located near the city of Altinopolis, some 200 miles north of Sao Paulo.

Governor of the city Joao Doria paid tribute to the families of the victims in a heartfelt Twitter post.

He wrote: ‘SP firefighters have just finished the search work in Altinópolis.

‘My feelings to the family and friends of the 9 civil firefighters who lost their lives in this tragedy.’

Firefighters across the UK have also taken to social media to honour the lives lost.