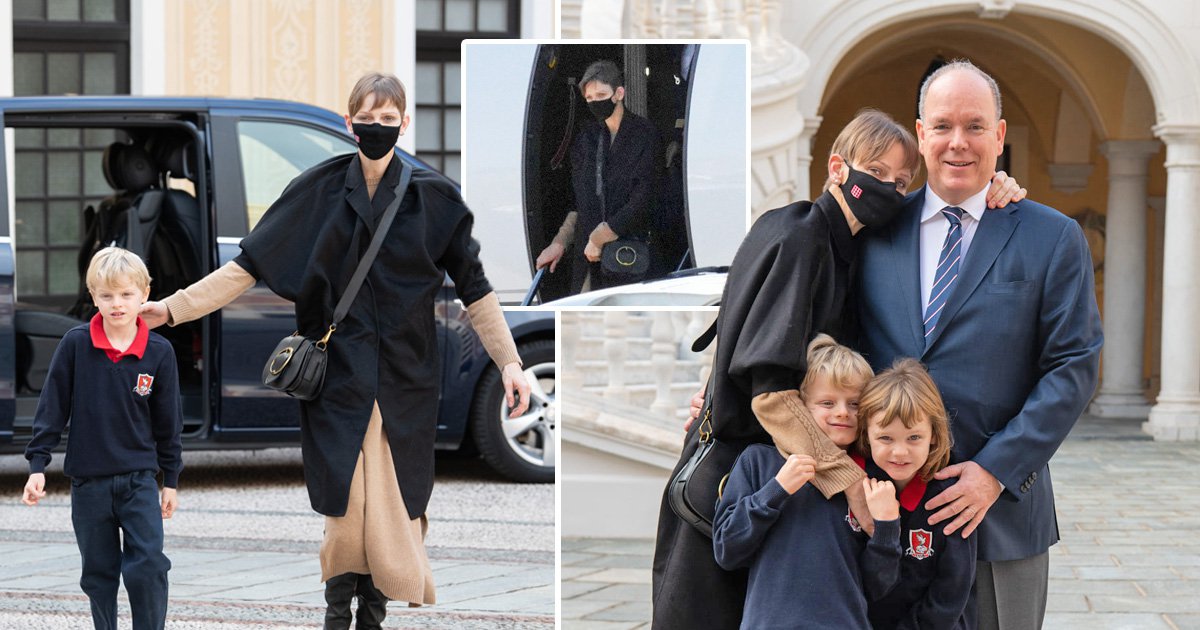 The Prince’s Palace said she enjoyed a reunion ‘filled with joy and emotion’ this morning with her husband Albert, 63, and their twins.

Former Olympic swimmer Charlene, 43, had been away from Monaco since January, fuelling rumours of a rift with Albert, who runs the principality.

And she did little to quash them as she made no mention of him in a video posted by her charitable foundation.

She said: ‘It has been, obviously, a very challenging time to be here but at the same time it has been wonderful being back in South Africa.

‘I’d like to thank the doctors in South Africa who have done a fantastic job of helping me and I’m so looking forward to getting back to my children.

‘Thank you South Africa, thank you everyone and God bless you.’

The prince’s official social media accounts painted a very different picture with photos of Charlene wrapping her arm around her husband in a family portrait.

In another picture she’s waving to the camera while holding onto a light brown Vizsla, which appears to be a new addition. Last month Charlene said her beloved pooch Angel had tragically died after being run over.

A third picture shows the princess with her six-year-old son Jacques, heir to the throne.

Charlene is wearing a face mask in all the photos, which could be due to the health issues she’s been battling.

She contracted a ‘serious sinus infection’ and on August 13 underwent an operation ‘for four hours under general anaesthesia’.

The Cape Town-born princess appeared to recover well and welcomed her family over later that month.