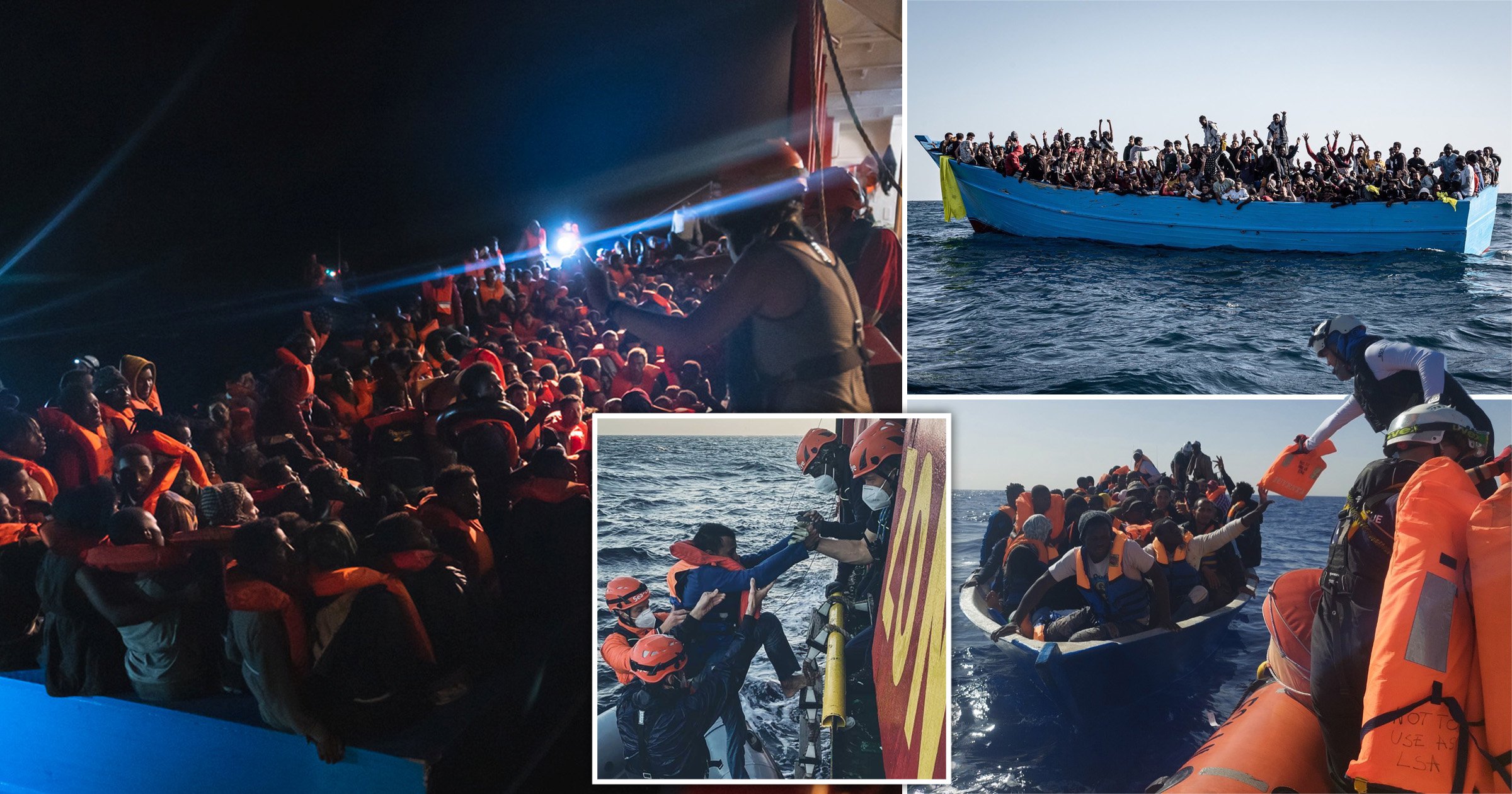 A ship declared a state of emergency after it rescued 400 people from a sinking wooden boat in the Mediterranean Sea.

Sea-Eye 4, which is run by a German non-governmental organisation of the same name, already had almost 400 migrants on board meaning it was then carrying double the number of people.

A spokesperson said the wooden boat issued a distress call while it was in an area normally covered by Malta’s search and rescue teams.

They said that when Maltese authorities did not respond their ship travelled for around six hours to help.

Malta’s search and rescue area covers a broad swathe of the central Mediterranean, including the waters surrounding Italy’s southernmost island of Lampedusa and part of the corridor between Libya and Sicily.

Seeing that ‘no other help was available to people in acute danger’, Sea-Eye 4 travelled to reach the rickety two-tiered boat, which was taking on water.

Another ship, called Rise Up, also responded but did not take on any migrants.

‘Several people were in the water without life jackets and had to be rescued directly from the sea,’ said Sea-Eye, which operates the rescue ship along with the NGO German Doctors.

It said one person had to be resuscitated.

Earlier today Sea-Eye 4 was on its way to the island of Lampedusa, the closest safe port, but the charity said it still had not received confirmation from Italy’s rescue coordination centre in Rome that the ship would be allowed to dock.

Sea-Eye chairman Gorden Isler said the situation on board the ship was reaching a critical point.

He also accused Malta of shirking its duty and ignoring distress calls.

Mr Isler said: ‘A state of emergency is now in effect on the Sea-Eye 4.

‘Any delay by the authorities endangers the health and lives of the rescued people and our crew.’

A spokesperson for Sea-Eye tweeted this evening that European authorities were ‘once again evading their legal duty and humanitarian responsibility’.

They said that the migrants on board needed a safe harbour ‘immediately’ and urged for more funding and coordination for rescue missions was needed.

Dr Christine Winkelmann, a German Doctors board member, said rescue crews operating in the dangerous central Mediterranean Sea migration route between North Africa and southern Europe ‘are reaching the edge of their capacities’.

More than a quarter are from Tunisia, which has a pact to accept those sent back from Italy, while many more arrive from Libya.

The news of the rescue comes after one person died and another was reported missing after attempting to cross the English Channel to get to the UK on Tuesday.

It is believed the person was unconscious when they were pulled from the water and pronounced dead when rescuers returned to the dock.

More than 400 people were rescued during a French-led rescue operation in the Strait of Pas-de-Calais on Tuesday night and into Wednesday, French authorities said.

The rescue comes as figures showed more than 20,000 migrants have travelled to the UK in small boats so far this year.