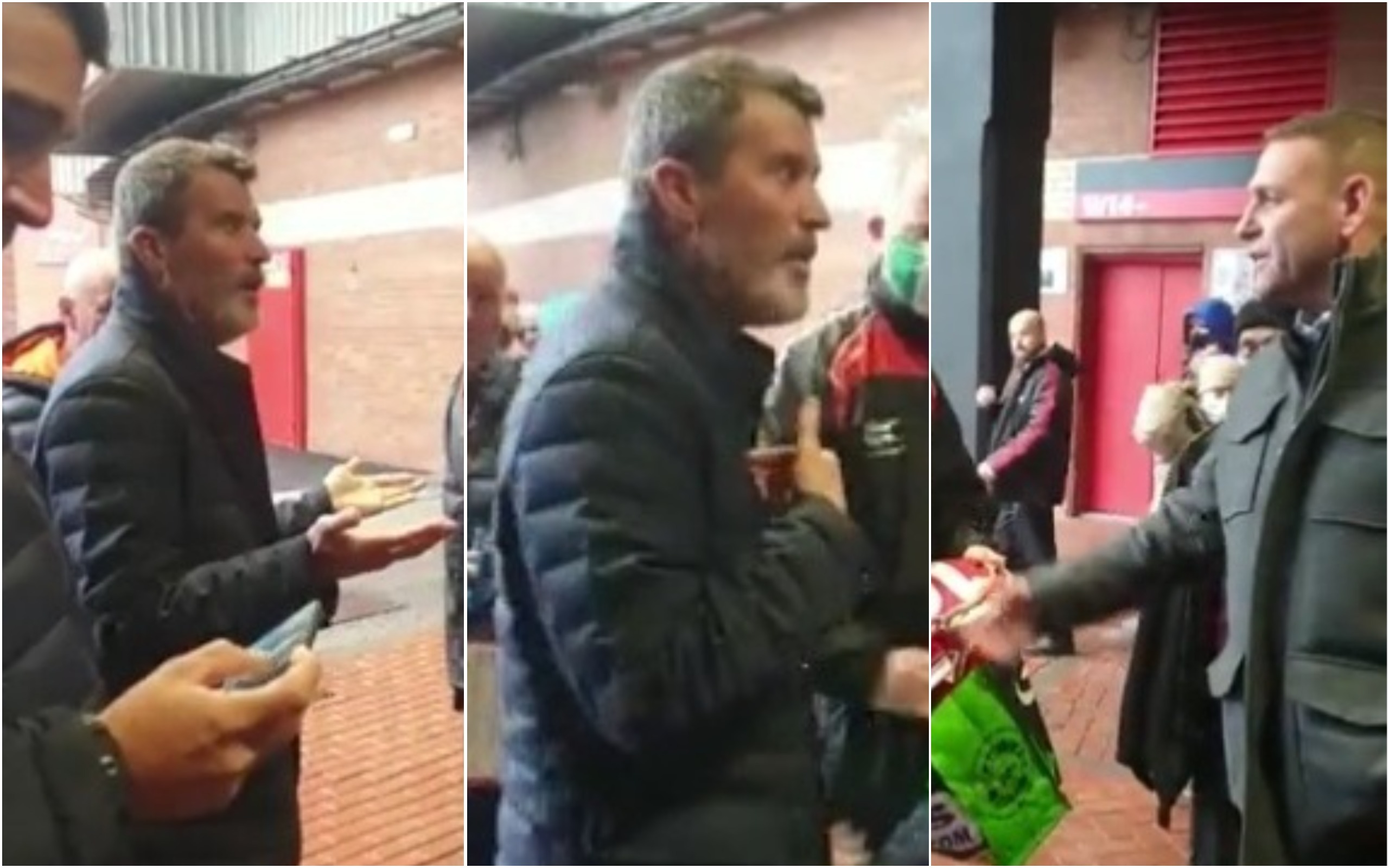 Roy Keane was involved in a heated confrontation with a Manchester United fan outside Old Trafford following the defeat to Manchester City in Saturday.

Keane was working as a studio pundit for Sky Sports for the game as an own goal from Eric Bailly, plus a close-range effort from Bernardo Silva, handed City a comfortable 2-0 win over United.

However, as he was signing autographs for supporters after the match Keane was approached by one upset United fan who told the former club captain: ‘You’re a legend of this club.’

Keane then replied: ‘What am I trying to do? Hang around all day and sign autographs? I’ve signed autographs.’

The fan then responded: ‘Why are you being like that?’

Keane responded: ‘Like what? Like what? What did I do?’. The supporter then called Keane ‘an absolute p****’.

Keane then got closer to the man and said: ‘Oh, because you’ve had a few drinks and they [United] got beat you want to take it out on me? What’s that got to do with me?

‘You’ve had a few drinks, I can tell. What have you had… two pints? Tell all your mates not to lecture me.’

Keane was then seen walking away from the confrontation and headed back to his car.