‘She absolutely destroyed me!’ – Emma Raducanu wary of next Transylvania Open opponent 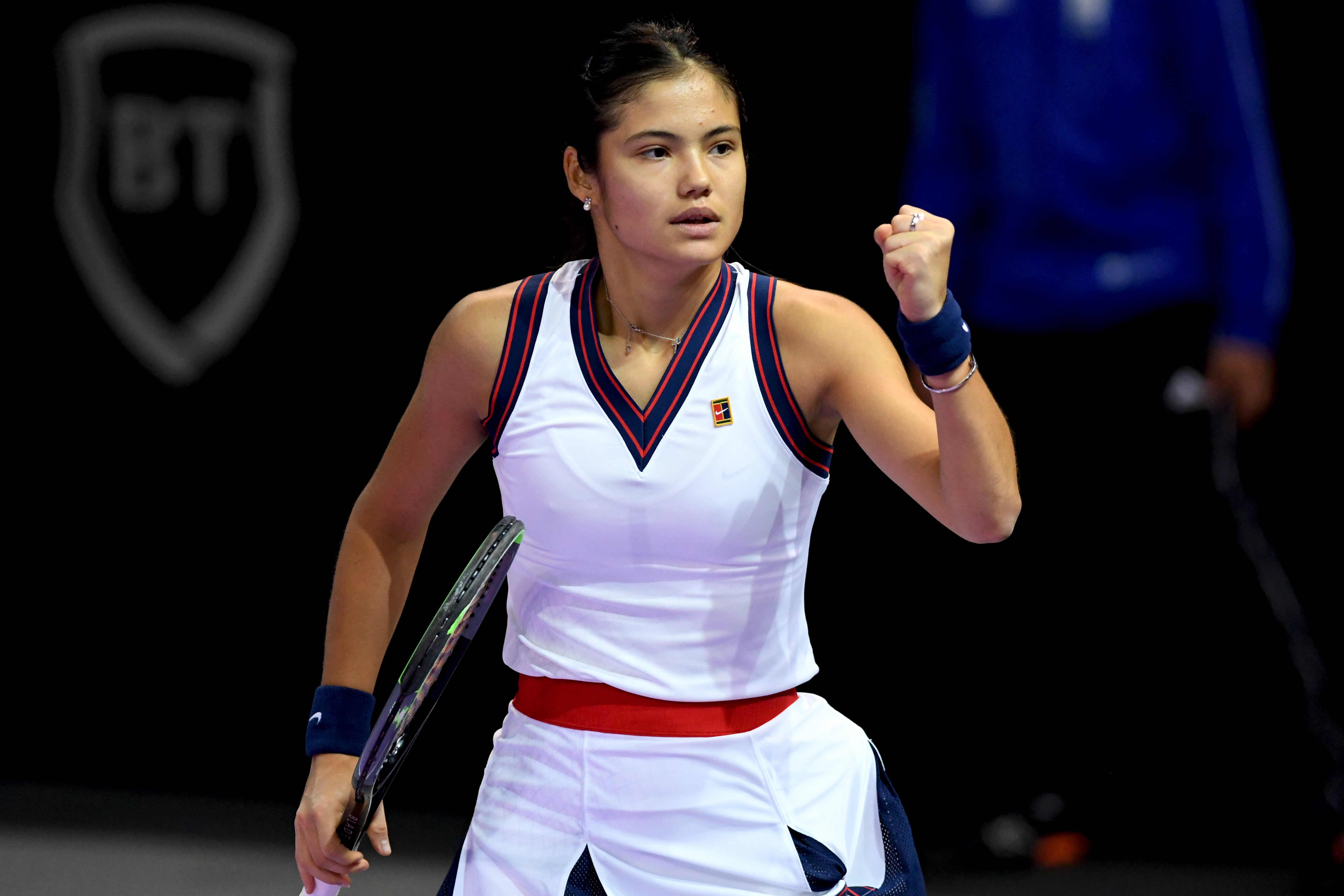 Emma Raducanu is hoping for a different outcome to the norm when she takes on fellow teenager Marta Kostyuk in the quarter-finals of the Transylvania Open today.

The US Open champion defeated Romania’s Ana Bogdan 6-3, 6-4 to reach the last-eight on Thursday in what was only her second ever WTA Tour win.

The 18-year-old now comes up against Kostyuk, who is just five months older, and made her own Grand Slam breakthrough in 2018 as she made the third round of the Australian Open aged 15.

And Raducanu knows all too well about her opponent’s strengths having played against each other at junior level.

‘Marta is a great opponent, she absolutely destroyed me in the juniors every single time, so it will be an interesting match, I’m looking forward to it,’ said Raducanu.

‘But she was playing full-time and practicing, on the road, from a very young age.

‘She developed a lot of skills doing that. I kind of came from behind and caught up this year.’

Raducanu is relishing the opportunity to play in her father’s homeland of Romania but has sadly had to play her matches behind closed doors with fans unable to attend due to Covid restrictions.

However, she admits having her father courtside is giving her a boost with her parents previously unable to travel to New York to witness her historic US Open triumph.

‘Now he can really experience how it is after a bit of success and enjoy it,’ said Raducanu, who is seeded third.

‘He wouldn’t travel too much with me usually but because it is Romania he had to come – he wasn’t going to miss the opportunity.

‘It is great to have him here with me having gone through my whole journey and then not be with me in New York when that special experience happened.’