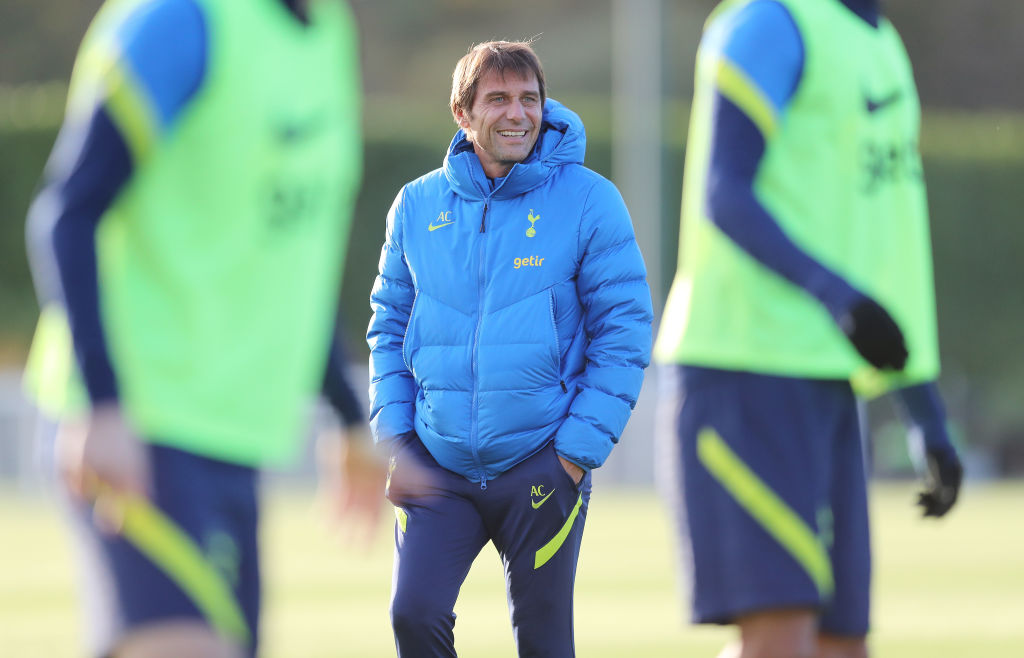 Tottenham’s players were said to be ‘buzzing’ after they came face to face with their new manager Antonio Conte for the first time on Wednesday.

Spurs chairman Daniel Levy pulled off a major coup earlier this week by securing the services of the serial trophy winner, just 24 hours after he dismissed Nuno Espirito Santo following a dismal run of results.

The former Juventus, Chelsea and Inter coach had been approached in the summer to take over from Jose Mourinho, but talks broke down with Conte revealing for the first time on Tuesday that he felt he required a longer break from football, having quit the Italian champions at the end of last season.

Conte was forced to watch from the sidelines yesterday as the Spurs squad trained ahead of tonight’s Europa League Conference match against Vitesse Arnhem.

The 52-year-old is still waiting for confirmation of his Visa but is expected to take charge of his new team this evening and was able to address the players in English at the club’s training base.

According to The Telegraph, the morale of the players, which had hit rock bottom during Nuno’s short tenure, was instantly lifted by Conte’s enthusiasm and show of ambition.

The former Premier League title winning coach is said to have left the likes of Harry Kane and Son Heung-min, whose form dipped dramatically under Conte’s predecessor, that every member of the first team unit would be treated equally and that nothing but 100% commitment would be tolerated.

Conte also vowed to improve every player on the condition that they buy into his ultra-demanding philosophy and tactical blueprint that revolves around a 3-5-2 system which he is likely to implement immediately.

In his first full interview with Tottenham’s in-house TV channel, meanwhile, Conte insisted he had all the tools required at his disposal to make an instant impact and help Spurs push up the table and advance in Europe.

‘I arrive in a situation at a top club where the stadium, the training ground are wonderful, and I think Tottenham is top in this aspect,’ he said.

‘I think I will be able to start to work to bring Tottenham on the pitch to the same level of the infrastructure. Tottenham, now outside, is really, really top.

‘You see the training ground and you want to work. I’ve seen it today and wanted to start work alone!

‘This type of situation pushes you and increases your desire to work and to do something important for the fans of this club.’