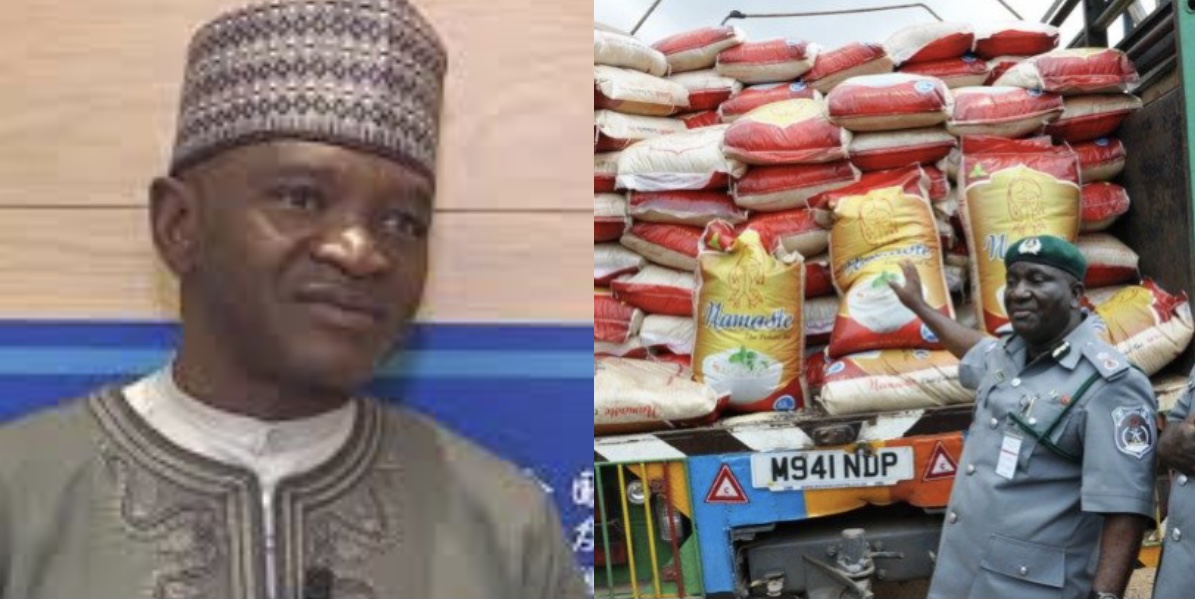 The Buhari regime has rekindled its resolve to sustain the ban on importation of rice through land borders, especially via Seme Border, near Benin Republic.

This is as the demand for rice, Nigeria’s most popular staple food, rises with the Yuletide and other end of the year festivities approaches fast.

Agriculture and rural development minister, Mohammed Abubakar, said the ministry will continue to strategize and collaborate with security agencies to reduce the illegal importation of rice through land borders.

Ministry spokesperson Mabel Mbosire conveyed the minister’s statement on Sunday q. She said Mr Abubakar made the declaration at the meeting of the steering committee of the national task force on the illegal importation of rice through land borders.

“The ministry is very concerned about the increase in smuggling and has convened this meeting to discuss critical issues to strategize and come up with concrete measures to enable the committee to carry out its duties effectively,” Mr Abubakar was quoted to have said.

Mr Abubakar said that the ban on rice importation had brought about a significant increase in local rice production and unlocked economic opportunities for rice investors in the country.

He noted that the huge improvement in the rice sub-sector needed to be sustained for the country’s economic growth.

The growth, he said, is signified by the huge contributions of the agricultural sector to the nation’s Gross Domestic Production (GDP).

“The resumed smuggling of foreign rice, especially through the land borders, is constituting a serious threat to these achievements.

“There is no better time than now to maintain the rice production momentum, to achieve self-sufficiency for food and nutrition security, job creation, wealth generation and import substitution,” the minister said.

In his remarks, the Comptroller-General of the Nigeria Customs Service, Hameed Ali, said that the meeting had presented an avenue for the committee to deliberate and discuss how to curb insecurity and smuggling of rice into the country.

“The Nigerian Customs Service cannot fight alone in the operation of the border patrol, but needs other security agencies such as the Nigeria Security and Civil Defense Corps (NSCDC) to beef up the joint operations of the task force,” he said.

The chairman of the presidential committee on Trade Malpractice, Dahiru Ado, said his committee would continue to track vessels that bring in rice into the country through the Benin Republic and that the companies involved would be apprehended.

The meeting resolved that the Nigeria Customs should continue in its border patrol operations and procure additional equipment to strengthen its operations.

Also, NSCDC personnel should be deployed to complement the larger border patrol coordinated by the Nigerian Customs Service.

Other resolutions reached include stiffer penalties to be meted out to rice smugglers.

They also resolved that Nigerians should be encouraged to eat and patronize local rice to discourage the smuggling of foreign rice into the country.