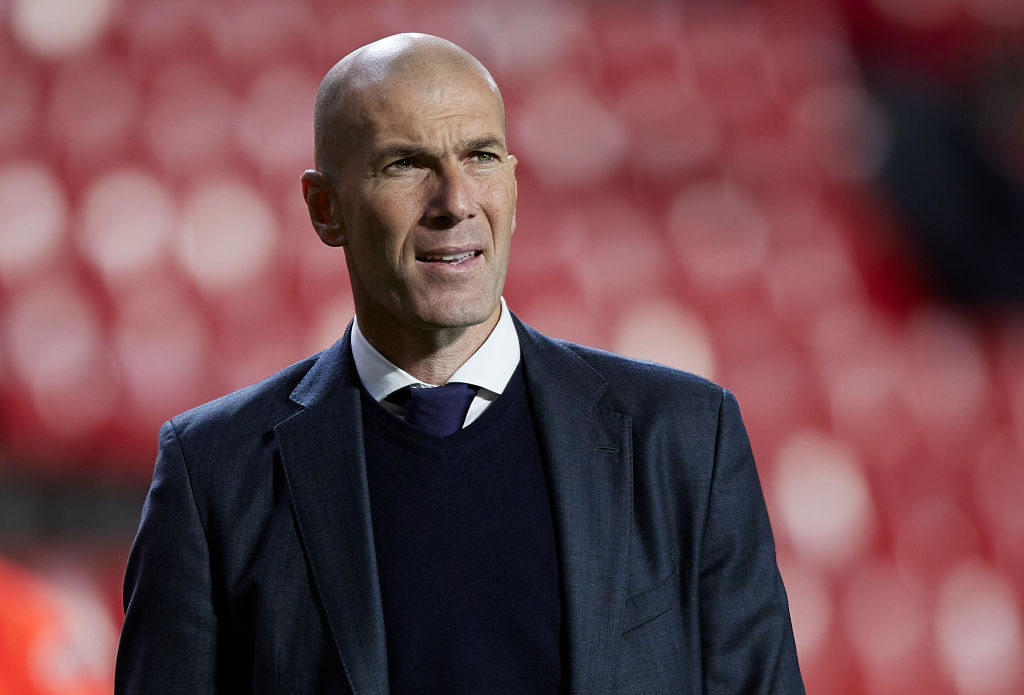 Zinedine Zidane has made it clear that he would be willing to take over at Paris Saint-Germain if Manchester United are able to land Mauricio Pochettino, according to reports.

United are searching for their next permanent manager after sacking Ole Gunnar Solskjaer on Sunday and appointing Michael Carrick on an interim basis.

Carrick got off to the perfect start on Tuesday evening as United reached the Champions League knockout phase with a 2-0 victory over Villarreal.

United’s hierarchy had hoped that Solskjaer could rescue United’s current situation which has seen them lose five defeats in their last seven Premier League matches.

And the club are now contemplating the prospect of attempting to lure Pochettino away from PSG before the end of the season, or continue the campaign with an interim manager.

United are in talks with former Barcelona boss Ernesto Valverde, who has been out of work since leaving Camp Nou nearly two years ago.

Zidane is among the candidates linked with a permanent move to United but it’s understood that the former Real Madrid manager is holding out to become France’s next head coach after Didier Deschamps.

However, The Telegraph reports that Zidane would take the PSG job if it was to be made available sooner than a role with the French national team.

During an interview in 2016, Zidane had said that it would be ‘impossible’ and ‘complicated’ for him to manage PSG due to his ties with his hometown club Marseille, but the 49-year-old has changed his view since then.

Zidane has been out of work since leaving Real Madrid at the end of last season. It’s also understood that his wife, Veronique, was ‘opposed’ to moving to Manchester.

Pochettino, meanwhile, is understood to be open to the idea of leaving PSG before the end of the season and would be keen on moving to United.

When asked about his links with a switch to Old Trafford on Tuesday, Pochettino replied: ‘I am focused. I am very focused on football.

‘I am not a child, I spend my whole life playing football, and now my 12th year being coach, we’re in a business that the rumours are there. I understand what is going on.